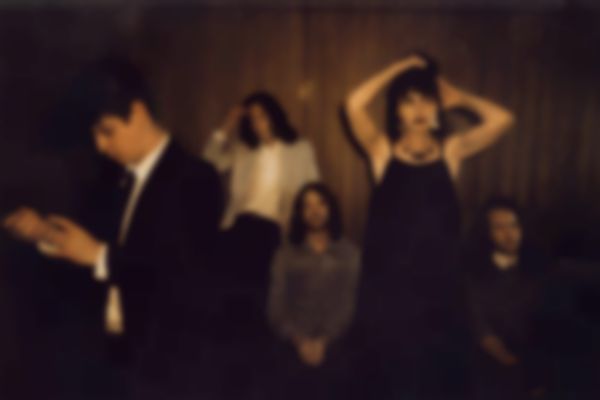 The Preatures are that effortless sort of musical magpie, blending unmistakable hallmarks of different eras with the best of contemporary influences. “Is This How You Feel?” – all clean seventies guitar jangles, and peppy rhythms – boasted a fully formed sureness that made it the most addictive pop song of the last year.

Tonight’s set doesn’t just successfully translate the skin-tight grooves to live performance, but also showcases at least half a dozen songs as good as their most well-known track.

Although the single doesn’t reveal it, the strongest retro influence of the set tonight is a chunkier, eighties rock sound. Coupled with Isabella Manfredi’s commanding vocal, darting from growling roars to squeaks, a clear parallel can also be drawn with early Divinyls. These are rocked up dance songs, loaded with swagger and sex; finding some odd blend between desperation and cant-touch-this aloofness.

Manfredi does a surprisingly confrontational job of leading a band which oozes confidence; a confidence which they rightly draw from their excellent songs. We may not have heard much from them on record yet but, captured correctly, their debut album can be expected to be a delight.

RNR NC 77
Manic Baby
Dark Times
Take A Card
Looking For
Five Years
Two Tone Melody
Whatever You Want
Better Than It Ever Could Be
Ordinary
Cruel
Is This How You Feel?