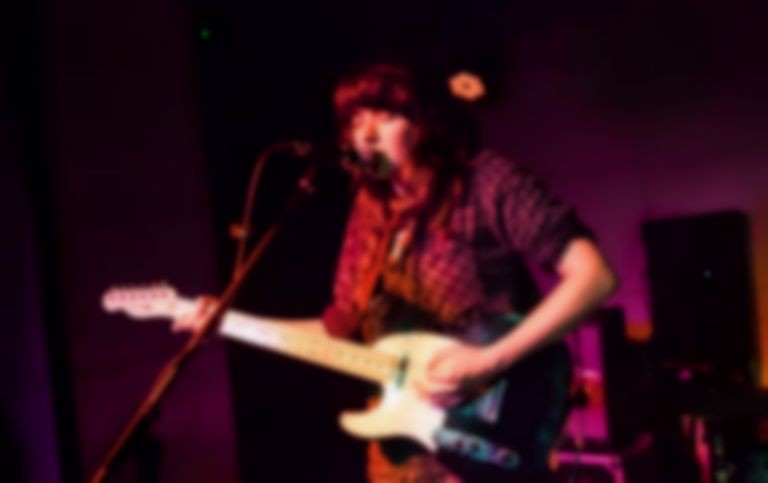 There’s nowhere in the small basement of Shoreditch’s Ace Hotel for an artist to hide. But being exposed, on a stage level with the crowd, suits Courtney Barnett’s painfully candid slouch-indie. “I masturbated to the songs you wrote,” she begins tonight, “it felt wrong but it just helps me get to sleep”.

A knack for dead pan, witty nailings of life’s mundane observations is Melbourne-based Barnett’s forte. And while sonically, her shambling guitar and breakdowns are casual and smeared, recalling Nirvana, Moldy Peaches and Jeffrey Lewis, it’s her charm and sharp, smart reflections that stop everything from falling apart. “The paramedic thinks I’m clever cos I play guitar, I think she’s clever cos she stops people dying,” she murmurs during “Avant Gardener”, while new song “Depreston” is a drawling ode to house-hunting in a bad part of town.

Don’t be fooled by her shruggingly lazy veneer though. As “History Eraser”’s rapid-fire rambles of crazy, drunken dreams bring the set to a close, Barnett disappears behind a mass of tomboyish curls, ferociously thrashing her guitar – there’s much more get-up-and-go to this gal than your average slacker.

Lance Jr.
Canned Tomatoes (Whole)
David
Are You Looking After Yourself?
Out Of The Woodwork
Depreston
Scotty Says
Avant Gardener
Blah
History Eraser