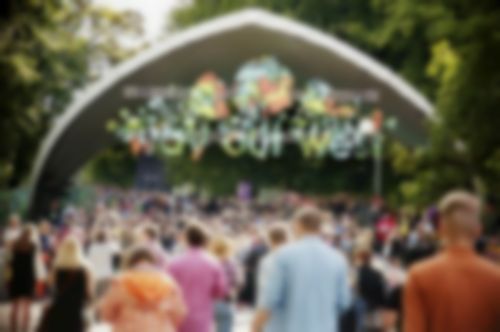 Well, surprise, surprise, this year’s Way Out West line-up once again puts the GO! in Gothenburg, possibly Sweden’s coolest cranny. The city that has gifted us the likes of José González, El Perro Del Mar, Jens Lekman, Little Dragon, Sally Shapiro, Anna Von Hausswolff and Ace of Base is about to host yet another unmissable musical summer gathering.

Since its inception in 2007, Way Out West has consistently showcased its home city’s local talent (ahead of many acts’ subsequent breakthroughs on the world arena) alongside numerous international stars including Prince, Kanye West, Robyn, Pulp, M.I.A, Blur, De la Soul and Florence + The Machine, to name but a meagre few. In 2011 it also played host to audiovisual quirkaholics, iamamiwhoami’s live debut in a weird and wonderful show involving multi-angle video cameras and a stage made out of toilet paper rolls.

The line-up for next week is so plentiful and high-quality that the only downside we can see is potential want-list schedule clashes and having to pick between our favourites. We’re talking big, exciting names such as The Knife, Cat Power, James Blake, Disclosure, Bat For Lashes, Beach House, Grimes, Haim, Kendrick Lamar and Tame Impala. Have we used the word unmissable yet?

The 3-day event takes place at Gothenburg’s beautiful Slottsskogen, a park with over 130 hectares of sprawling green, hilly views and even a free zoo, this is a feast for the eyes as well as the ears. It is also in very close proximity to almost anywhere else you might possibly want to visit while you’re in town, which is handy, considering the fact that a vital added value part of the festival is its Stay Out West sibling.

Stay Out West brings dozens of breaking and established acts to a more intimate live setting in some of Gothenburg’s finest clubs, after Slottsskogen hours. Up and coming Stockholm cool cat, Beatrice Eli, recently told us about her Stay Out West debut last year, describing it as “exciting”. It is, you could say, the luxurious calorific icing on an already delectable cake.

One of the nicest aspects of this festival is the relaxed and agro-free atmosphere it promotes and effortlessly maintains. It really feels like one big friendly party, where fun – not the krona – is the important currency.

You may have already been pre-warned about the catering at the festival being exclusively vegetarian, but if that is an issue, you could do worse than wangling an invite to a kraftskiva, that hunger-defying Nordic invention of crayfish party.

And if you are taking your time in Gothenburg on either side of the festival, make sure you go for a cake and coffee (and a mooch in the trendy shops) in the Haga area, take an exhibition at the Gothenburg Museum of Art at Götaplatsen, or if it is shopping you’re after and Haga doesn’t oblige, head over to Nordstan in the centre. There is also Scandinavia’s most popular amusement park, Liseberg, which boasts 37 rides including 5 roller coasters, if you’re up for some extra thrills.

Way Out West takes place in Gothenburg on 8-10 August. More information is available on the festival’s website.