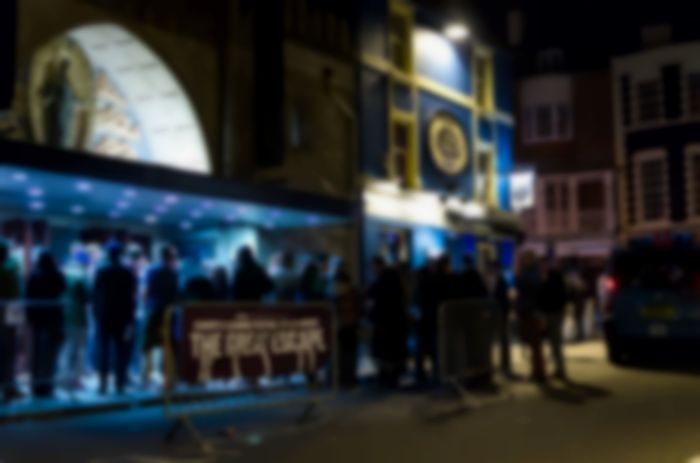 Taking place in Brighton from 8-10 of May, The Great Escape is definitely one of our favourite weekends of the year. With dozens of venues offering the chance to see hundreds of incredible bands over the course of three days, it’s like a mini SXSW by the sea and as such takes its Austin cousin’s sprawling model and scales it down for a much more manageable version of chaos. It’s a good kind of chaos though, and we can’t wait. To help you wade through the endless (and endlessly impressive) line-up we’ve asked our Editorial staff to pick the new acts they’re most looking forward to seeing next weekend - in and amongst the likes of Future Islands, Kelis, Jungle, Woman’s Hour and Kiesza of course!


This Melbourne native is known for her effortlessly catchy indie slacker folk-rock, aptly topped off with acerbically witty lyrical observations. Courtney returns to the UK from a recent US tour, including a stint at Coachella and an appearance on Fallon, to follow up on her brief, sold-out set of small London dates back in February. With her debut full-length LP on the horizon (she released double EP A Sea of Split Peas last year) it’s a great chance to hear new material, and having been lucky enough to catch one her last UK show, I can wholeheartedly recommend coming down to hear a singer who can reel off bitingly fun lines about gardening as easily as those about suburban depression (“DePreston”), and masturbation and sleeping pills (“Lance Jr”). Jason Williamson


Coasts have been bubbling away since 2011 but really made their mark with the unveiling of “Oceans” at the beginning of last year. Drawing on the anthemic rock of Foals and sighting Arctic Monkeys as an influence, the Bristol-based five-piece blend screaming guitar riffs with bounding bass lines and massively infectious choruses (see “Stay” and “Come A Little Closer”) to create their fist-pumping, brilliantly smile-inducing sound; a breath of clear sea air and a gently nostalgic nod to the indie disco. Fresh off the back of a sizeable European tour, Coasts are set to explode at The Great Escape when they play The Prince Albert of Thursday night; as their name suggests, they’ll feel right at home in Brighton. George O’Brien


This Vancouver musician blends surf pop and new wave to create catchy analog-rich sounds. Jay Arner has been touring and producing for years, and his impressive first album has evidently been looming for a while. Darkness too has been looming, and if the choruses’ synths are full of glee, the lyrics show another side. It’s always melodic, sometimes cheesy - not that there’s anything wrong with that - and will stay in your head for the whole festival. Seb Dehesdin


London duo Labyrinth Ear have a talent for shifting us from the Thames to the Balearic isles with their balmy brand of electronica/house. Vocalist Emily has one of those truly compelling voices - airy and otherworldy, teasing you with every warm breath exhaled over glossy drops and soothing synth blushes. There’s the obvious Purity Ring comparisons with both the music and makeup of this intriguing pair, but Labyrinth Ear posses something much more straight-laced and unobtrusive. They experiment with progressive sounds on some numbers, “Urchin”, sultry afterglow pulses (“Crescent Moon”) and dreamy chillwave on others (“Lorna”), never faltering in the sheer quality of their output. Take us away to warmer climes, guys… Charlotte Krol


One of the standouts of this year’s SXSW Festival, Copenhagen trio Baby in Vain are barely out of their teens but have racked up an impressive level of support from the likes of Thurston Moore and Rolling Stone’s David Fricke. The sounds made by Lola Hammerich, Benedicte Pierleoni and Andrea Thuesen take their cues from big Iommi-tinged riffs, BMRC-drones and classic rock posturing, but there’s also an intelligence, sophistication and lack of unnecessary polish that’s quite baffling for a band at such an early stage. NME called them “doom-laden stoner-rock” but there’s a real mastery of melody that ties them as much to Guns N Roses as it does to Kyuss. Hammerich, Pierleoni and Thuesen look the part too. They claim they met in the bar at a show by [fellow Danes] Wave of Stone, when they ordered the exact same drink. We’d love to know what the hell was in that drink. Catch them at The Hope on Saturday 10 May - and there’s a London show at The Old Blue Last two days later. Paul Bridgewater

One of the most hotly tipped names to emerge from Scandinavia in the past 12 months, the rise of Emilie Nicolas has been a thrill to witness. Originally emerging with the incredibly addictive “PStereo” (an inspired reinterpretation of the long forgotten track of the same name by Norwegian group DumDum Boys) and the contrasting, stark ballad “Nobody Knows”, the lack of material only added further interest and intrigue into this talented young singer. Recent single “Grown Up” reignited the flames. A crackling and intensely atmospheric number, “Grown Up” is delivered by voice that’s rich in experience - a soft croon that instantly disarms the listener with an almost bewitching, magical quality. Emilie Nicolas makes her debut UK appearance on Best Fit’s stage at Komedia on Thursday 8 May. It’s sure to be one of the most eagerly anticipated sets of the weekend. Rich Thane


You could listen to some bands all day. With Doomsquad, that’s likely to be because their sound has a curious quality of being able to make time, if not stand still, certainly move at a much more lackadaisical pace than it’s used to. The Canadian sibling trio of Allie, Jaclyn and Trevor Blumas create a mesmerising, darkly new age blend of unnerving, bass heavy reverb and instantly hypnotic rhythms that recalls the likes of Dead Can Dance and The xx. One imagines that in concert it’s the kind of thing that comes cloaked in a haze of purple smoke with band members only displayed in silhouette - at this stage, we can neither confirm nor deny, but are certainly looking forward to finding out. Thomas Hannan

Part of the Finnish music focus this year, Sub Pop signed act Mirel Wagner plays the kind heartbreaking, dark, acoustic balladry that we’ve come to expect from Nick Cave - though there is a much more subtle blood lust to her offerings. Beautiful and certainly beguiling, Wagner isn’t strictly a brand new band but it’s been a while since we heard anything new from the minimalist folk purveyor and The Great Escape will be changing that. Lauren Down