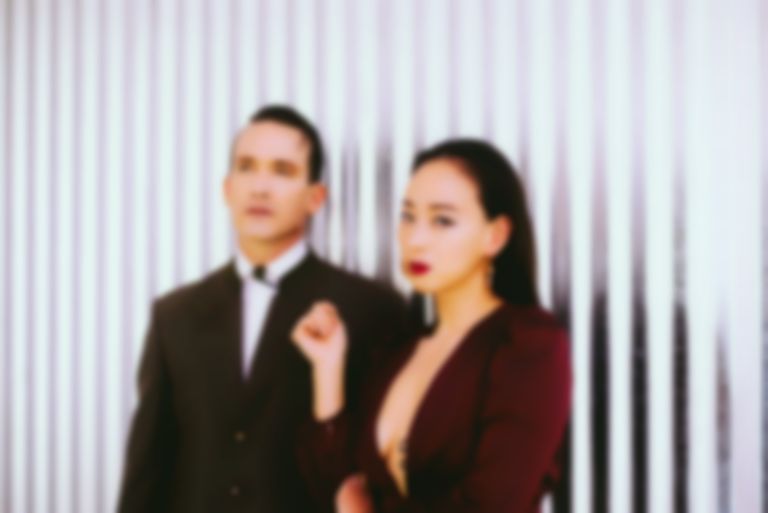 Xiu Xiu have announced their new album of duets OH NO, and have released "A Bottle of Rum" featuring Grouper's Liz Harris as the lead single.

"A Bottle of Rum" arrives as Xiu Xiu's first release in over a year, after featuring on HEALTH's "DELICIOUS APE" track in December 2019, and sees the duo reunite with Grouper's Liz Harris after collaborating with her on their 2007 Creepshow EP.

The new single is teamed with a video directed by Xiu Xiu's Angela Seo.

Xiu Xiu's Jamie Stewart says, "About a year ago I bought a cheap bajo quinto, which is a 10 string low register guitar like instrument used in Tejano, conjunto and norteño musics. As it is a cheap one, only certain chords sound good on it. One of them, annoyingly, is the open ‘cowboy’ voicing of D major. When we started Xiu Xiu, founding member Cory McCulloch had a lot of rules for the band. One of them was we could never use this chord. It has become a creative game in the last few years to try and break some of these rules but in a way that respects that Cory had very good reasons for imposing them in the first place, so in this voicing, D major is an insipid chord."

He adds, "I had been trying to write a song on this bajo quinto to no avail and then drunkenly (A Bottle of Rum) listened to the Grouper song, "Heavy Water/I'd Rather Be Sleeping". A spark shone and feebly I tried to write something that, at least at first, sounded like it. I had asked Liz Harris, the gem behind Grouper and who is an old friend, if she would sing on this new record of duets. Initially I thought of her for another song but she specifically, although not knowing she had been the inspiration behind it in the first place, asked to be on this one. If the stars ever have aligned... well then."

According to Stewart, OH NO was born from betrayal but now exists thanks to the "profound rediscovery of community and friendship".

Stewart says of the album, "The guest stars of OH NO reflect the types of people, and many of the very same, who helped remind me that the ratio of beautiful humans to shitty humans is more like 60/40 rather than what I have always assumed was 1/99. Although there is an ‘I HATE PEOPLE’ pin on my guitar strap, I hate them less now."

"A Bottle of Rum" featuring Liz Harris is out now. Xiu Xiu's OH NO duets album will arrive via Polyvinyl on 26 March, and is available to pre-order now.