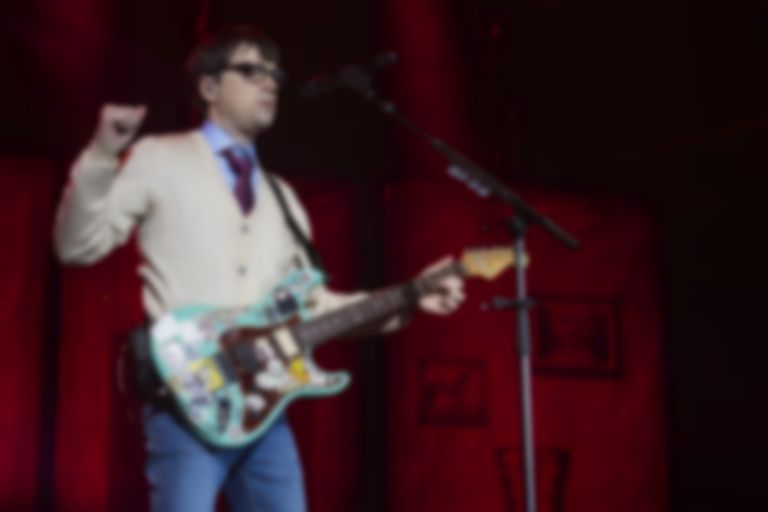 Weezer have announced their new album OK Human, and it arrives next week.

The band announced their OK Human album on socials yesterday (18 January), while also confirming the album's lead single "All My Favorite Songs" will drop on Thursday (21 January).

OK Human will follow 2019's Weezer (Black Album), and will arrive before their Van Weezer album, which is due for release on 7 May after being delayed last year due to the COVID-19 pandemic.

Weezer wrote, "Coming faster than dial up Internet. OK Human, the new album, arrives January 29th (artwork by Mattias Adolfsson). "All My Favorite Songs" is out this Thursday, January 21st at 12am ET + album pre-order starts then too. Limited amount of vinyl will be available on weezerwebstore.com. This will be the only place to order vinyl from while the stores stock up. p.s. Van Weezer is still coming out on May 7th."

"All My Favorite Songs" will be released on Thursday (21 January). Weezer's OK Human album will land on 29 January, and their Van Weezer album will follow on 7 May.