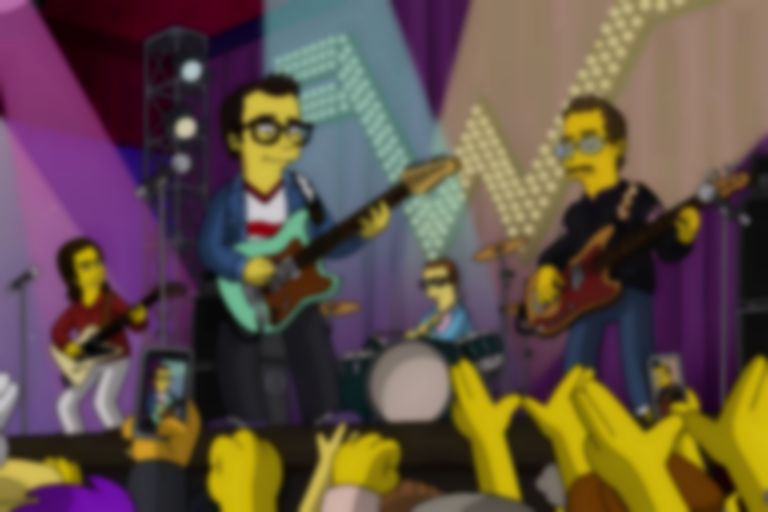 Last night (10 May), Weezer made an appearance on the latest episode of The Simpsons, and previewed a new Van Weezer track titled "Blue Dream".

Weezeer released "Hero" last Friday (8 May), and shared news of their Van Weezer LP getting delayed, with no new release date announced as of yet.

Over the weekend, Weezer made an appearance as a cover band called Sailor’s Delight on the latest episode of The Simpsons (which will be aired in the UK on 22 May), and they played the show theme tune, as well as previewing a new track from their forthcoming album titled "Blue Dream".

The episode is titled The Hateful Eight Year Olds, and sees Sailor's Dream, aka Weezer, perform while Marge and Homer are on a cruise.

Weezer's Van Weezer album is yet to get a new release date. The Simpsons' episode they star in airs in the UK on 22 May on Sky One.