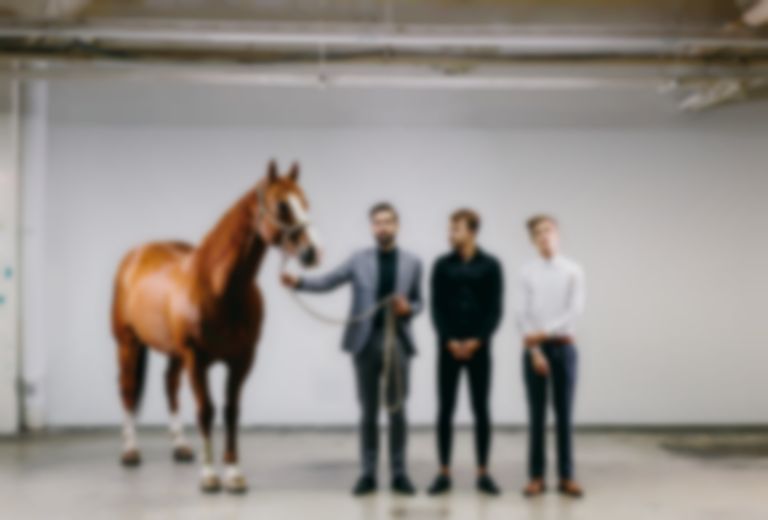 We Are The City are unveiling new single "Kiss Me, Honey" on Best Fit.

Up until recently, the trio were working on a new album - live, broadcast 24/7 across the world on their website. It's heavily inspired by their surroundings in their secret studio above a club... it makes a lot of sense that the record is called Above Club. It's gonna be available via Sinnbus on 13 November.

"Kiss Me, Honey" was the first track to be completed for the album. Crashing Mew-esque guitars boom behind rampaging drums - it's an anthemic backing for Cayne McKenzie, who improvised his sarcasm-strewn vocal lines. It's a soaring blend of euphoria and melancholia, of leviathan-big statements and claustrophobic intimacy, which create a rootless quality to the track. It lingers just long enough in one place to get stuck in your head.

Stream "Kiss Me, Honey" below.