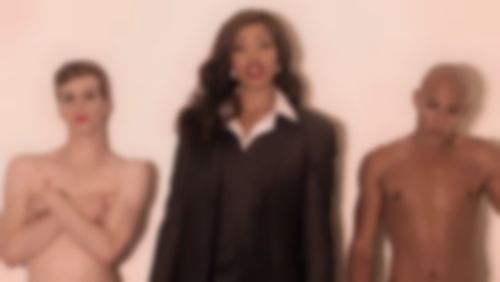 Comedy remakes of music videos can either be amazing or totally awful, mostly the latter. However this remake of Robin Thicke’s ‘Blurred Lines’ by Seattle troupe Mod Carousel is actually rather thought-provoking.

The original, while loved by many fans, has been criticised for its treatment of women, depicting nude models merely as objects of sexual desire. The remake, however, switches the gender roles of the actors, to “show female objectification in the media” whilst also showing that women “can be strong and sexy without negative repercussions”.

Here’s what the creators had to say on the clip in full:

“It’s our opinion that most attempts to show female objectification in the media by swapping the genders serve more to ridicule the male body than to highlight the extent to which women get objectified and does everyone a disservice. We made this video specifically to show a spectrum of sexuality as well as present both women and men in a positive light, one where objectifying men is more than alright and where women can be strong and sexy without negative repercussions.”