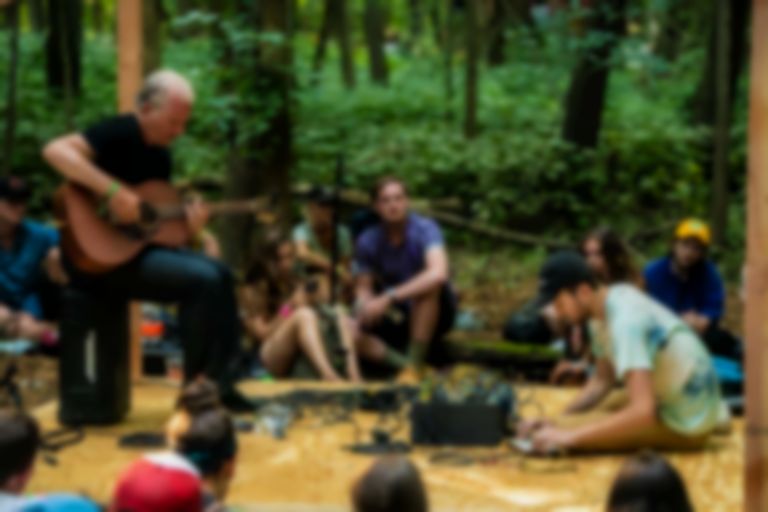 Chris Rosenau of Volcano Choir has teamed up with Sylvan Esso's Nick Sanborn for a collaborative record, which was announced with lead single "Sharon" last month (yes, it samples Sharon Van Etten).

The duo have today returned with "Saturday", a second glimpse of their forthcoming record.

Rosenau & Sanborn realised their collaborative potential after an impromptu set at 2015’s Eaux Claires music festival. The pair recorded Bluebird at a studio in North Carolina back in 2017.

Speaking about their time recording in North Carolina, Rosenau says, "The reality was that the weather in North Carolina that weekend was beautiful and warm, and we ended up doing some test recordings before we even shut the doors or windows on the small studio/house. As we listened back before officially pressing "record", we realized that recording with everything completely open to the outside world so strongly evoked the sonics and feeling in the main living room recording space, that we decided to embrace it. We added more room mics, played/improvised/wrote all day for two days straight, and documented it all. It rained, birds chirped, dogs barked, we joked around and had the fun we had been talking about for years. And it was all captured as we experienced it."

"Saturday" is out now. Rosenau & Sanborn's debut album Bluebird arrives 23 July via Psychic Hotline, and is available to pre-order now.