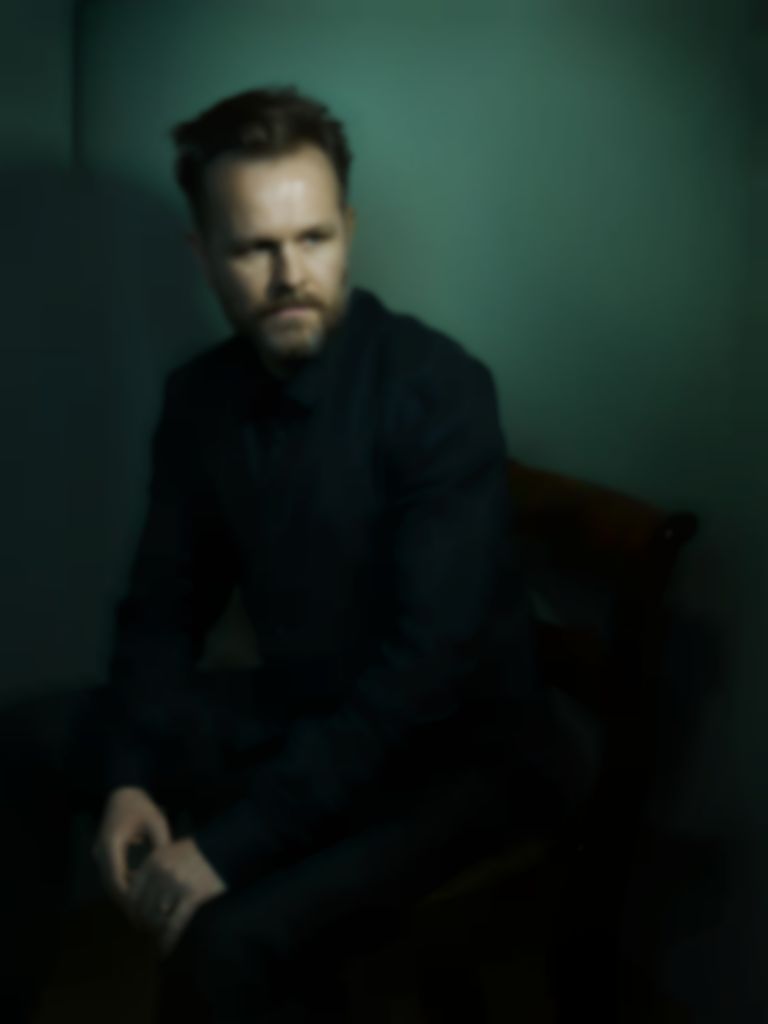 Ten years ago, renowned Reykjavik-based composer Valgeir Sigurdsson, along with the similarly – but not too similarly – minded Ben Frost and Nico Muhly, joined forces under the banner of the Bedroom Community, a closely knit label of musicians bound by an admiration for the possibilities that arise from both independence and collaboration.

After a decade of making new friends and great music, 2016 sees the label's key players and fresher faces embark on the second Whale Watching tour, a characteristically collaborative approach to live music in which there is no headliner, but instead takes the form of a hefty chunk of the imprint's roster appearing all on stage together for over two hours, gently mutating each other's music in to new forms.

Ahead of the tour reaching London's Barbican on 7 October for a celebratory end to its initial run, we spoke with Valgeir Sigurdsson at his home in Reykjavik to discover a little more about Bedroom Community past and present.

How did the idea for Bedroom Community come together?

"For seven or eight years before setting up Bedroom Community, I was doing a lot of studio collaboration work in many shapes and forms with different people. The idea for the label started forming around 2005 when I started to feel the need to do a little more with my own work, and when I was meeting up with Nico and Ben to collaborate with them, I found out their music also needed a home. That music was something I really wanted other people to hear. The idea grew out of these three people sharing ideas and having very contrasting musical personalities but at the same time finding some sort of a common ground. I thought a label would be something we all needed, and a better way to go about things than produce each album and send it off to find a different place. I thought between us we had enough of a range of diverse ideas that we would create something interesting. In the first place I approached it as music I liked, and then music thought I could contribute to. Here’s Nick’s music, and Ben’s music, and how do I fit in to that? Where can I help them take this? As that triangle was forming I was also sharing their music with each other. They immediately connected with each other’s way of making music but on a personal level we just got along really well, and that extended in to a musical collaboration in various shapes and forms. Largely in the beginning it was me collaborating with Ben, and me collaborating with Nico, and then there was a halo of ideas and opinions being shared between us. It wasn't necessarily that I thought these two together with myself would be the perfect label, but I found maybe more that they were also supportive of my own music which was important to me as well, to find that motivation and be encouraged by them to drop everything and make my first album. That’s something that I needed really badly at the time."

Does Bedroom Community, despite being a collection of solo artists, have a bit of a feeling of being in a band about it?

"In a way it has felt like that, and that’s exactly what the Whale Watching tour is about; we've collaborated on each other’s albums, so why not extend that to the stage? We soon discovered by putting on label nights at Iceland Airwaves for example that we would be a similar cast of players with a rotating front man, maybe performing 40 minute sets of everyone's music. We wanted to take this on the road, but we were not going to do a six hour show. That’s how the idea started really. We’ve enjoyed being in each other’s bands and seeing where everyone has gone, and it's nice seeing different people taking centre stage and giving up their egos."

Have you done much of this kind of touring before?

"The first Whale Watching tour was in 2009, when myself, Ben, Nico and Sam Amidon toured together with four other players. We’ve done special shows with different Bedroom Community members in various forms, but more as a one off tailored show for a special occasions. This is the first proper tour since then."

And how are things different seven years later?

"Well, there's a different line up. We don’t have Ben for this one but we have Jodie Landau who is one of the newest members, and we have Nadia Sirota with us. She's played on almost every Bedroom Community album since we started, but only became an official member when we released her first solo album. The second is coming out this year. It’s exactly what I wanted the Whale Watching tour to be, a flexible line up where you know that you're in for a surprise, but are sure that whatever is presented is of the Bedroom Community standard. I know people came to the tour in 2010 and maybe had heard of one or two of us, but would go on to discover the others' music - it might be that someone who was into Ben Frost doesn’t necessarily have an entry point for Sam Amidon's music for example, but the result of the tour is that it's all open for discovery."

What's in store for the Barbican show?

"We played there before in 2010. We famously had to postpone it because the infamous volcano erupted the day before, so everybody was stuck in different airports around the world. But we managed to come back a few months later. There's a lot of new material since then, but we’ll do some of the old material as well, and I'm super excited about that show. We have a week of touring ending at the Barbican so we’ll be a pretty well-oiled machine by then."

You're collaborating with the Icelandic Symphony Orchestra at Iceland Airwaves. What kind of form will that take?

"The way that the Symphony Orchestra operates is we have to give them scores and rehearse the week leading up to the concert. We get have to put it all together really fast, which is normal in the classical world. They are basically performing orchestral pieces that will be blended in with a programme of all the other Bedroom Community music. We have to try to get a lot done in one evening, including all these big pieces. I'm writing them one new piece which will be a short piece, and the only premiere of the evening, but there are no rehearsals until closer to Airwaves. Putting together a big show, especially with people being all over the world, when we come together we really have to be each ready in our own way."

Aside from the live performances, what's Bedroom Community got in the pipeline?

"We're going to be quite busy with releases the next few months. I've been putting the finishing touches on releases I've been working on for quite a long time, a lot of them are nerving the finish line now. I've just finished my own album, Dissonance, that’s coming out next year; we were planning originally to put it out before the tour but as soon as I finished it I wanted to sit on it a little bit and give it a little more time, just to understand for myself what it is. I think early next year is the plan. There is a new Ben Frost album coming out, his opera, Wasp Factory, and Nico has an album with Nadia with pieces he's written for her. It includes one of the first pieces the three of us ever collaborated on together, which came out on the first BC release, so we’re revisiting the back catalogue a little bit."

"The label is still pretty focused around ten or eleven people. I always wanted to keep it manageable, a personal thing. We’ve been offered a lot of music to release that I would put on and listen to but hasn’t got any connection to any place in this sort of community. Of course as it expands and people are all over the world, we don’t meet up as often as we used to and people have their own careers that have taken off in their own way. I can’t put my finger on what it takes to become a part of Bedroom Community, but it’s sort of an instinct. I’ve always had to follow my instincts about it very carefully, and that’s the only formula."

The Bedroom Community's Whale Watching Tour starts next month. Dates and venues are below, and tickets are available here.