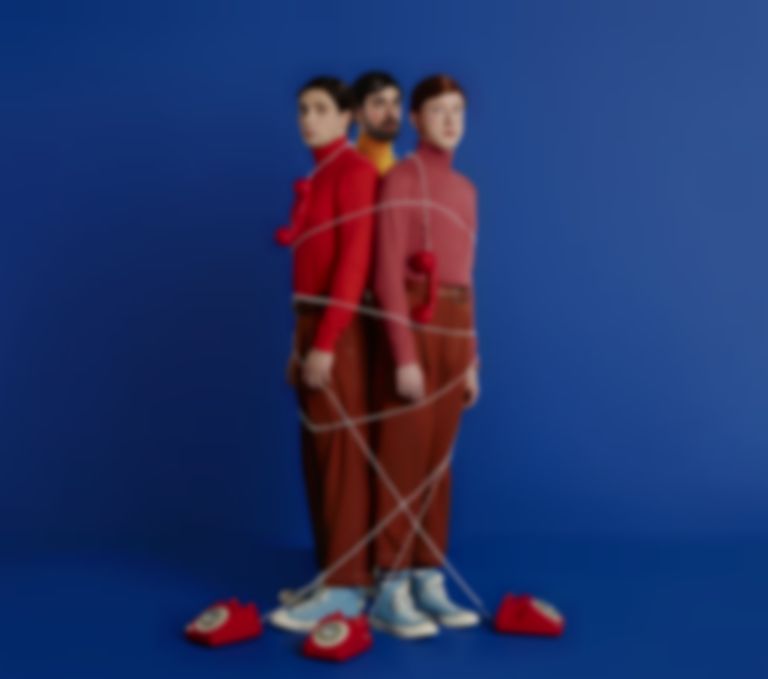 "Satellite" follows on from last month's "Talk", and is, according to the trio, the group's favourite song from the record (via their Facebook live), hence why it's being revealed today while their False Alarm record floats about in space.

On their pop-directed sound, the group's vocalist Alex Trimble says, "I love the pop thing. I love experimenting and going to different places, I love doing things that are a little bit wonky and I love the idea of doing something we haven’t done before, why can’t we do all of those things at once? That’s what it was, doing whatever felt right… It sounds like Two Door Cinema Club – not a Two Door Cinema Club there’d ever been before but that’s what I love. We can always do something new but it always feels like something we’ve done."