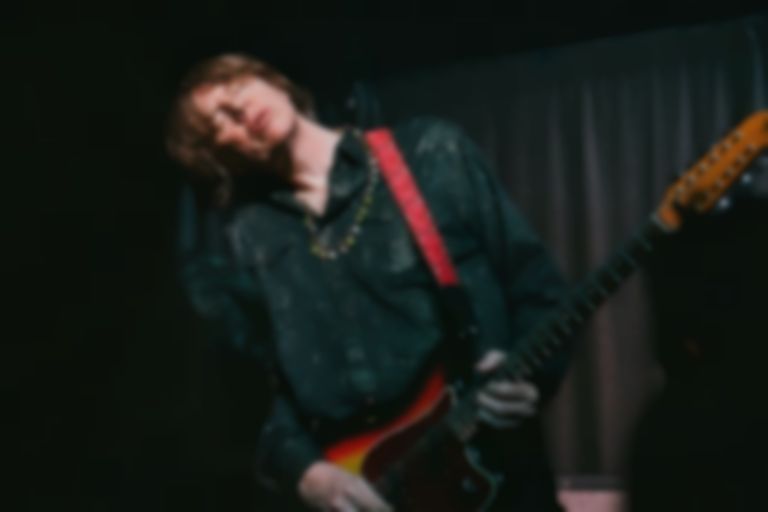 Thurston Moore is back with his electrifying new track "Cantaloupe", the second single to be lifted from his forthcoming album BY THE FIRE.

"Cantaloupe" is the second track to feature on Moore's BY THE FIRE album, and lands after last month's opening song "Hashish".

Moore writes of the new single, ""Cantaloupe" is a song about the dance of romance and surrealism, where the hallucinations of wild dreams come true."

The musician says of his forthcoming record, "BY THE FIRE is music in flames. 2020 is our time for radical change and collective awareness and Thurston Moore has written nine songs of enlightenment, released to a world on fire. Taking a cue from Albert Ayler's "music is the healing force of the universe", this recording offers songs as flames of rainbow energy, where the power of love becomes our call. These are love songs in a time where creativity is our dignity, our demonstration against the forces of oppression. BY THE FIRE is a gathering, a party of peace - songs in the heat of the moment."

BY THE FIRE will feature contributions from Deb Googe (My Bloody Valentine) on bass and backing vocals, Jon Leidecker (Negativland) on electronics, James Sedwards on guitar, and Sonic Youth’s Steve Shelley alternating on drums with Jem Doulton.

"Cantaloupe" is out now. Thurston Moore's BY THE FIRE album is due to land 25 September, and is available to pre-order now.