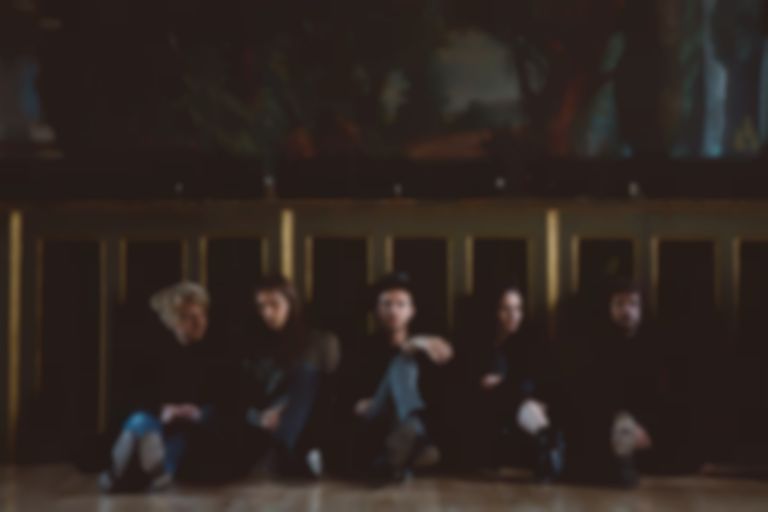 The Veils' Finn Andrews speaks to us about upcoming LP Total Depravity, working with Run The Jewels' El-P, and getting headhunted for the new series of Twin Peaks.

How did Total Depravity come together?

It was mostly written in a dark, airless room in East London. Some of the songs were recorded live as a band then messed with later, others started with El-P and I at his studio in upstate New York.

Is it totally depraved?

You'll have to listen to it, all will become clear…

What were your aims when you started making the record?

The only aim is to keep writing songs and record them as long as I can. I'm still as lost in the whole thing as I've ever been, but that is as it should be I think.

What did you learn from the process?

I learned that a computer can be a friend, as well as an enemy.

What did El-P bring to the mix? How did he get to be involved?

A crucial aspect of this album has been the involvement of El-P. I met him outside a bar in downtown L.A.. He introduced himself firstly as a sincere fan of our band, and we got to talking about music and all the good stuff. The very next day we ended up at his friend Wilder Zoby’s house in Eagle Rock and we wrote and produced the song "Axolotl".  It was very exciting straight away so we decided to keep going.

I then began to work with the band back in London and recording songs with Atom Greenspan, some of which were then taken to El-P during breaks in Run The Jewels' hefty touring schedule and then messed with them further.

Where does "Axolotl" sit in the context of the record?

It really led the charge in a lot of ways. It was the first song El-P and I collaborated on and it really set the tone I think.

I imagine you're sworn to secrecy about Twin Peaks - but how did the role come about? What should we expect?

Yeah we're totally sworn to secrecy, which I hate saying as it makes me feel like an annoying actor on a talk show.

I met Dean Hurley in L.A. when we were first looking for people to work with on the record. He invited me up to the house and we recorded "In the Nightfall" in an afternoon whilst watching 2001: A Space Odyssey silently on a projector. That was a cool day. It was a year or so later Dean called us to say David had heard one of the songs off the record, and would like to have us on Twin Peaks. We went back to film it - it was a surreal weekend. David and everyone were incredibly kind and welcoming. To have him praise the work we do was honestly the coolest feeling.

We're just excited to get on the road again - these songs are meant to be listened to loud in a big, sweaty room. I'm dreaming about it every night.

Total Depravity is out 26 August via Nettwerk. The Veils play London's KOKO on 25 October.