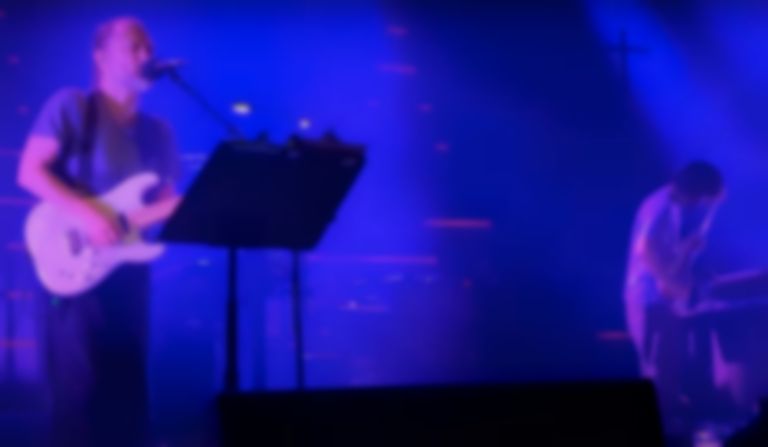 The Smile decided to debut another new song titled "Bodies Laughing" at their show in Berlin last week.

After kicking off their European tour dates by debuting new song "Friend Of A Friend" in Zagreb, Croatia last week, Thom Yorke, Jonny Greenwood and Tom Skinner decided to perform another new song at their Berlin show two days later on 20 May.

According to a YouTube video, the second new song is titled "Bodies Laughing", and Yorke told the crowd at Berlin's Tempodrom that The Smile wrote the track the day before the show.

The group released their debut album A Light For Attracting Attention earlier this month (13 May).

The Smile's A Light For Attracting Attention album is on digital platforms now. Physical copies will follow via XL Recordings on 17 June, and are available to pre-order now. They'll play two sold out shows at London's Roundhouse on 29 and 30 May. Visit thesmiletheband.com for a full list of tour dates.