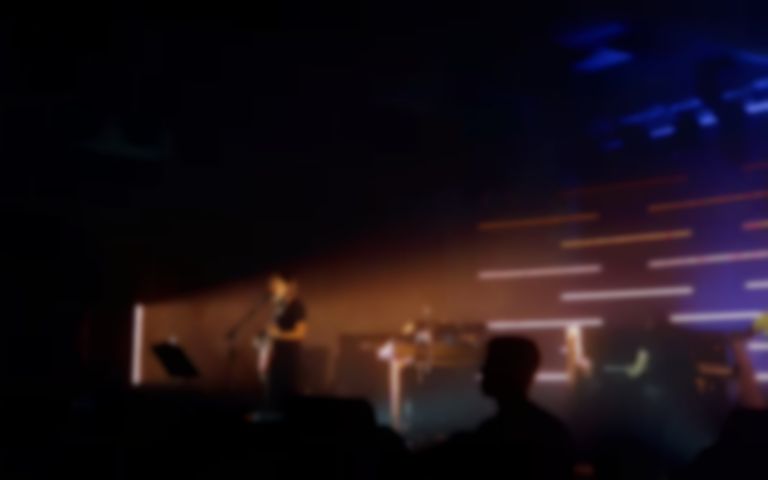 Thom Yorke, Jonny Greenwood and Tom Skinner, aka The Smile, kicked off their European tour on Monday (16 May) in Zagreb, Croatia and debuted a new song titled "Friend Of A Friend".

The Smile only release their debut album A Light For Attracting Attention last Friday (13 May), and onn Monday (16 May) the trio debuted a new song at their European tour opener in Zagreb, Croatia.

According to a YouTube video, the song is titled "Friend Of A Friend", and was written earlier that day.

The Smile also performed a track titled "Just Eyes And Mouth", which Thom Yorke said to the crowd is a song that "didn't make it onto the record but it's really good," as well as Yorke's 2009 song "FeelingPulledApartByHorses".

The Smile's A Light For Attracting Attention album is on digital platforms now. Physical copies will follow via XL Recordings on 17 June, and are available to pre-order now. They'll play two sold out shows at London's Roundhouse on 29 and 30 May. Visit thesmiletheband.com for a full list of tour dates.