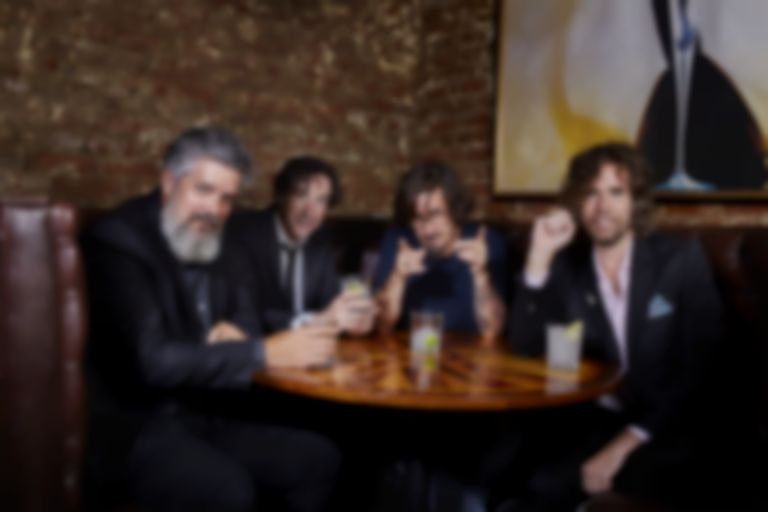 The Mountain Goats are back with news of their upcoming album Dark in Here, and have shared "Mobile" as the lead single.

"Mobile" is the group's first release of 2021, following their 2020 album Getting Into Knives, and is accompanied by news of The Mountain Goats' new album Dark in Here.

Bassist Peter Hughes says, "The Mountain Goats have been playing together as a band long enough to have developed a degree of musical telepathy, but listening to these two guys responding in real time to us and each other revealed another level of connectedness altogether, one bordering on the supernatural. We ran through most of these songs three times; I’m pretty sure the performance of "Mobile" you’re hearing is a second take."

He adds, "One of my quarantine projects after getting home was going back to Moby Dick and actually finishing it for once, and I was amused to encounter early on the retelling of the story of Jonah. If Melville gives it to us as a fiery 19th century New Bedford sermon, what "Mobile" offers might be understood as Father Mapple’s modern-day Gulf Coast flip side, the breeziness of McFarlane’s electric guitar and Matt Douglas’ accordion belying its protagonist’s guilty conscience."

Dark in Here was recorded at FAME Studios during a week between Getting Into Knives and their Songs for Pierre Chuvin album.

"Mobile" is out now. The Mountain Goats' Dark in Here album will be released via Merge Records on 25 June, and is available to pre-order now.