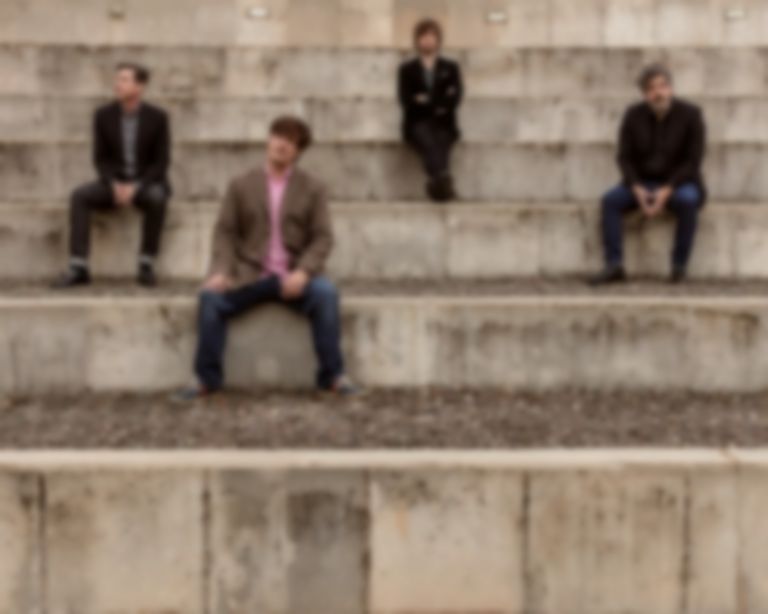 The Mountain Goats return with news of their 17th album In League With Dragons, announced alongside new single "Younger".

"Younger" is the first single to be shared from the group's new album, which frontman John Darnielle reveals started off as a "rock opera about a besieged seaside community called Riversend ruled by a benevolent wizard, for which some five to seven songs were written."

Darnielle expands, "As I worked on the Riversend stuff, weird noir visions started creeping in, probably under the influence of Leonardo Sciascia (a Sicilian author, he wrote mysteries) and Ross MacDonald's The Zebra-Striped Hearse, which a friend from Port Washington gave me while I was in the thick of the writing."

In League With Dragons was was engineered by Matt Ross-Spang (Margo Price, Jason Isbell, John Prine), and is The Mountain Goats first record since 2017's Goths.

The Mountain Goats frontman adds, "Finally, I wrote the title track, which felt like a drawing-together of the themes in play: rebellion against irresistible tides, the lush vistas of decay, necessary alliances. I am earnestly hoping that a new genre called "dragon noir" will spring from the forehead of nearly two years' work on these songs, but, if not, I am content for this to be the sole example of the style."

"Younger" is out now. In League With Dragons lands 26 April via Merge, and is available to pre-order now. The Mountain Goats tour North America later this year. Find out more.