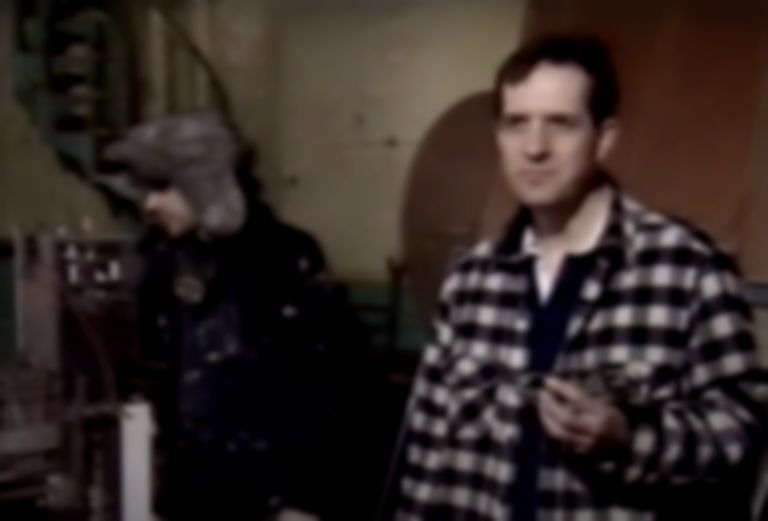 The KLF, made up of Bill Drummond and Jimmy Cauty, have released a new film titled Welcome to the Dark Ages that follows them as they set out to build the People's Pyramid.

After making their streaming services debut on New Year's Day with their compilation album Solid State Logik 1, Drummond and Cauty have released a new film.

Welcome to the Dark Ages follows The KLF, who consider themselves as "undertakers" as opposed to a "pop group", as they plan "to build a monument, the People's Pyramid, out of bricks made from the remains of dead people."

The film trailer description adds, "The process was dubbed MuMufication (referencing the KLF creation The Justified Ancients of MuMu). They’ve set a deadline of 2023 to find a permanent venue for the 23-foot-high pyramid, which will contain 34,952 bricks and could take over 200 years to complete."

According to NME, a more detailed synopsis of the film reads, "The film follows the first year of this project, up to the first Toxteth Day of the Dead. We meet and interview the people who have bought their brick in the ‘People’s Pyramid’, from hardcore fans to an eight-year-old girl who convinces her dad to buy a brick for her and her five-month-old sister."

The film trailer description reveals that "3000 people have signed up for Mumufication" so far.

Pitchfork reports that the film includes a previously unreleased version of the KLF’s "Justified and Ancient" song with Jarvis Cocker.

The KLF's Welcome to the Dark Ages film is available to buy or rent now from burning-bridges.vhx.tv.