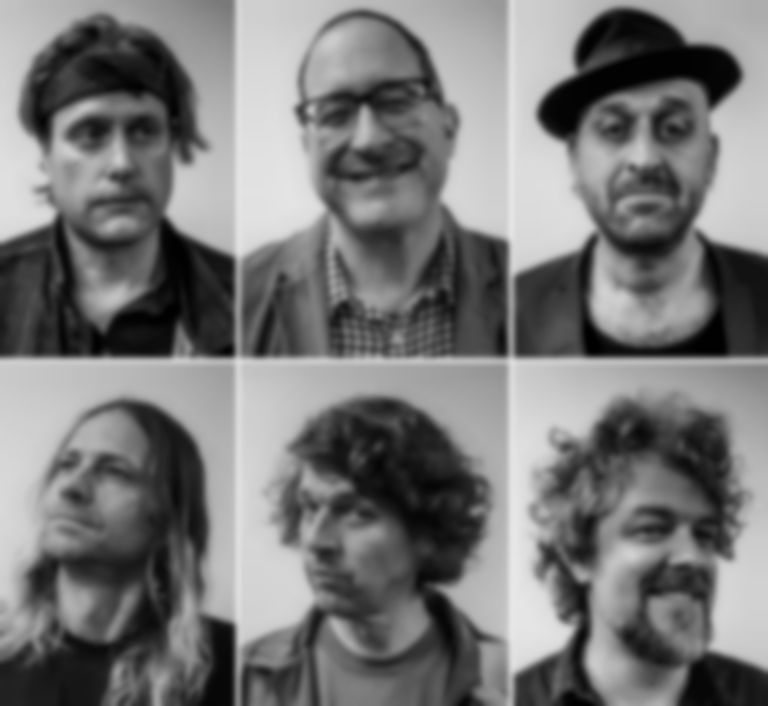 The Hold Steady have returned with news of their next record Thrashing Thru The Passion, alongside revealing the album opener "Denver Haircut".

"Denver Haircut" is their first single since "The Last Time That She Talked To Me" that landed back in March.

Speaking about the album opener, frontman Craig Finn says, ""Denver Haircut" is a story about a guy who has chance meet up that takes him to a few different locations before leaving him alone and cashless in a strange hotel room. Steve Selvidge (guitarist) brought in the music to this song and everyone felt it immediately, it was really fun to play. The story unfolded quickly too. When recording, we remarked that it sounded like it could kick off an album…and so here we are."

Their forthcoming album Thrashing Thru The Passion is their first since 2014's Teeth Dreams, and includes a number of singles released over the past two years.

Thrashing Thru The Passion was recorded at The Isokon in Woodstock, NY with producer Josh Kaufman and engineer D. James Goodwin. It features contributions from Stuart Bogie, Dave Nelson, Jordan McLean and Michael Leonhart on horns, and Annie Nero on backing vocals.

Finn adds of the new record, "I’ve been saying for a few years now - since Franz (keyboardist) came back- that this six piece lineup of The Hold Steady is the best band we’ve ever been. The new songs recorded by this version of the band are super exciting to us. It’s been a very fun and creative period for The Hold Steady."

"Denver Haircut" is out now. The Hold Steady's Thrashing Thru The Passion album lands 16 August via Frenchkiss Records, and is available to pre-order now.