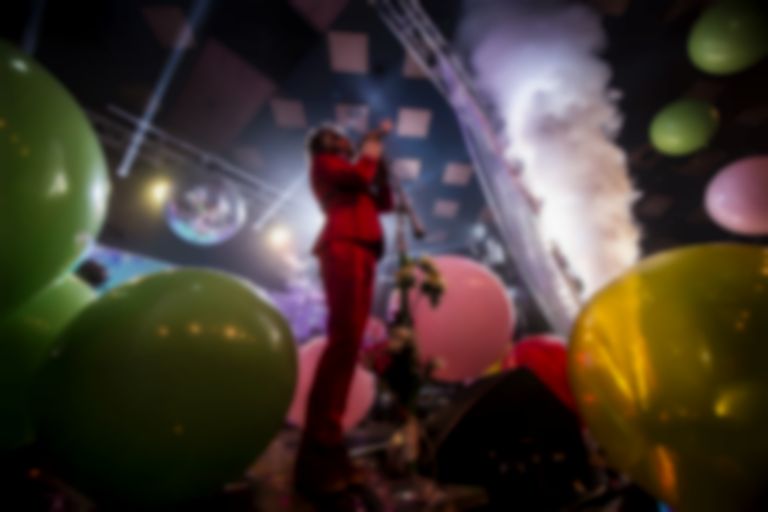 The Flaming Lips have shared new song "All for the Life of the City", which features on their King's Mouth album.

Wayne Coyne and co. have decided to share one of the singles, "All for the Life of the City" for those that didn't manage to get their hands on the RSD release.

The track, being streamed over at Billboard, is the first taste of King's Mouth, which is, according to JamBands, "a concept album about a community mourning the noble death of a benevolent monarch, came out of an art installation the Lips created back in 2015 at their home base in Oklahoma City."

Speaking about the single, the group's vocalist Wayne Coyne said to Billboard that "All for the Life of the City" is "probably the first track we wanted to turn into part of the King's Mouth story. This is the center of the story, the middle of the record where he's celebrated, then he gets buried by the snow. At the very beginning it was a more sinister-sounding track; We still struggle with making it more fun."

Back in December 2018, Wayne Coyne revealed the majority of the new record is narrated by The Clash's Mick Jones.

"All for the Life of the City" is available to stream on Billboard now.