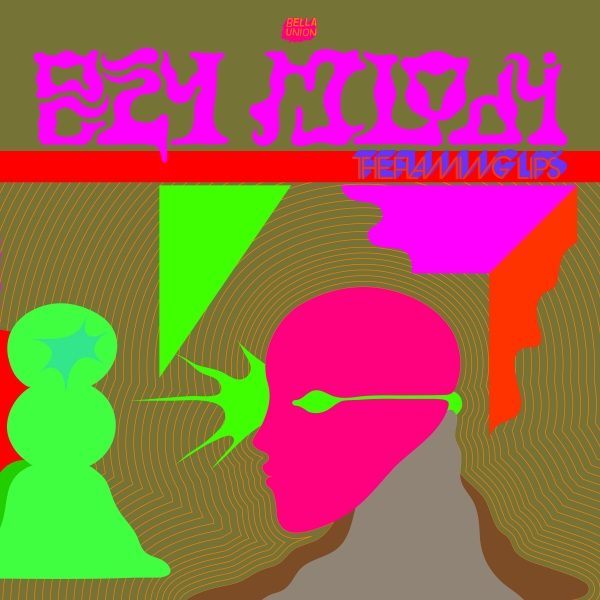 Apparently, Wayne Coyne got the title for the new album by The Flaming Lips whilst “reading” a book in Polish, a language he’s not familiar with. All too often, a listener to Oczy Mlody can sympathise with Coyne’s uncomprehending reading experience: the form is familiar, but the contents don’t cohere into anything meaningful.

Oczy Mlody has been pitched as a return to the majestically melancholy terrain of veteran Oklahoma City outfit's cosmos-cuddling masterpieces of the early 2000s. The melodically endowed highlights - "How", the gently soaring "The Castle", the beguiling mix of cosmic melancholy and farting electronic babble on "Almost Home" - could well pass off as close relatives of The Soft Bulletin or Yoshimi Battles The Pink Robots, at least if the lamps were turned down low. However, the programmed beats here can't hope to compete with the organic throb - who lost those ludicrously funky yet meaty Bonham-esque drums, and why? - of those twin landmarks of US alternative rock.

Unfortunately, in stark contrast to the razor-sharp sense of purpose and unity of its predecessors, the album's meandering lack of focus soon becomes impossible to ignore. "There Should Be Unicorns" is musically strong, with its densely layered, hypnotic nods towards the existential dread and all-pervading loneliness of 2013's ridiculously underrated The Terror (a genuinely inspired if undoubtedly challenging return to top form after the hit-and-miss, sketchy cacophony of 2009's Embryonic). Great title aside, the lyrics, depicting some sort of an apocalyptic love-in, are truly cringe-worthy, culminating in a toe-curlingly embarrassing spoken word monologue that brings to mind an acid casualty's laughably half-baked "radical" scheme to stick it to the Man. Maybe it and the endless references to getting high and tripping sprinkled elsewhere are intended as a parody of the frazzled remains of the psychedelic dream, but you expect more from a band whose finest work - up to and including the uneven but occasionally soaring At War with the Mystics (2006), and more recently The Terror - essayed a genuinely awe-inspiring gift for using the pop song form to offer deeply humane, profound and moving commentary on mortality, cosmic loneliness and the fragility of life.

Similar sense of self-consciously, and at times acutely annoyingly, far-out wackiness permeate much of the proceedings, rendering the album's less rewarding half as disposable as the band's frustratingly inconsequential recent self-indulgences ala messy guest star workout The Flaming Lips and Heady Fwends (2012).