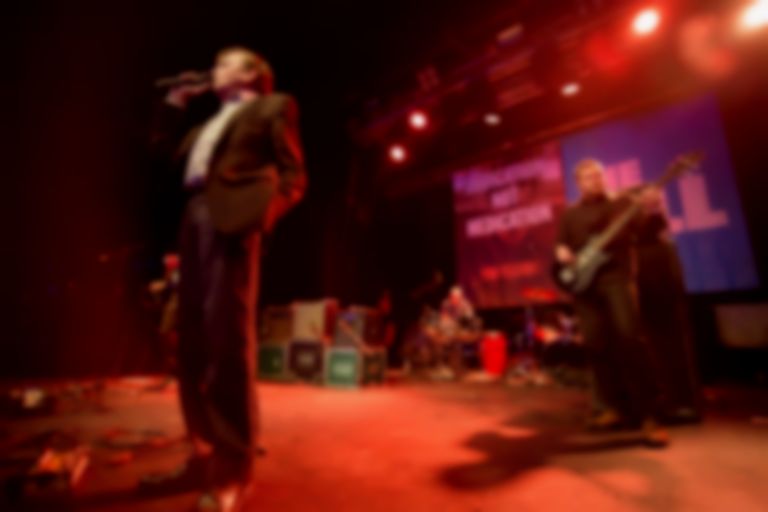 Mark E. Smith, the only constant member of post-punk band The Fall, will be remembered in his hometown of Prestwich with a mural on the side of a chip shop.

Manchester Evening News reports that the mural is part of the village's upcoming arts festival.

Taking on the task of painting Mark E. Smith on the side of a building is renowned graffiti artist Akse P19, who is also responsible for Manchester's Bowie and Tony Wilson murals in the Northern Quarter.

Akse P19 began working on the mural last weekend, and will have a week to finish it before Prestwich Arts Festival takes place on 29-30 September.

Giant mural of Mark E Smith outside a chip shop in Prestwich currently in the process of being painted by graffiti artist Akse P19 pic.twitter.com/CMjGdAzJDx

Chair of Prestwich Arts Festival, Jane Thompson, explained, “There have been six local members of the community who have funded the materials and donated the cherry picker to make it happen, as well as Akse P19 donating his time for free. We’re incredibly honoured to have such a well-respected and talented artist be involved in our festival and enable us to doff our proverbial cap to local legend Mark E. Smith in this way.”

Prestwich's own artist Myro Doodles will also be commemorating the late singer with a series of The Fall's lyrics sprawled in different locations throughout Prestwich.

The Fall formed back in 1976, and despite a rotating cast of bandmates, Smith remained the only constant member. Their long career saw the band release over 30 records.