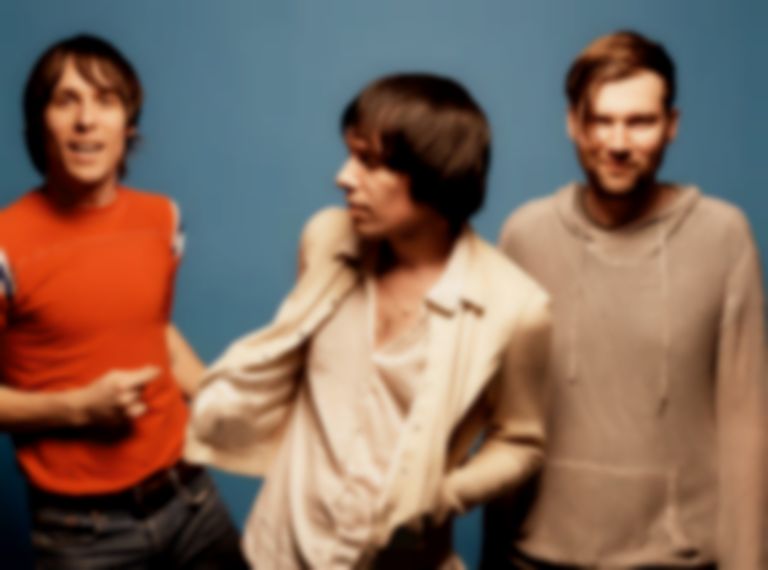 The Cribs have unveiled the third release as part of their Sonic Blew Singles Club, which includes new songs "Sucked Sweet" and "Bad Dream".

"Sucked Sweet" and "Bad Dream" appear on The Cribs' third Sonic Blew Singles Club release, following last month's "The Day I Got Lost Again" and "Opaline and Evergreen" songs, and September's "Swinging At Shadows" and "Taken To Tualatin".

Gary Jarman says of "Sucked Sweet", "Ah, the ‘lost’ Night Network track! "Sucked Sweet" was originally supposed to be the 13th track on that album - we always really loved it, but we ended up having to cut it right at the last minute cos of vinyl running times (it made the album too long, basically). We always felt kinda guilty about that, cos this song is one of the earliest Night Network tracks, and ditching it felt like cutting an old friend from the guest list or something…Anyway, we are really happy that people get to hear it now, and that it has grown to become a single in it’s own right. A real Cinderella story, if you will."

Ryan Jarman adds of "Bad Dream", ""Bad Dream" was recorded in Ross’ garage, at the height of the pandemic in November 2020 as we were all together to launch Night Network and trying to make the most of our time when all the record stores were closed..! It then sat unfinished until the vocals were recorded under duress in the hottest, stickiest bedroom in New York moments before England lost the finals of the Euros. It’s basically about how things that are supposed to be a dream can easily become a nightmare."

Sonic Blew Singles Club subscribers will receive four two-track 7" vinyl from September-December. The a-side of each 7" will feature a previously unheard song from their Night Network album sessions, while the b-sides will include a home recording from lockdown.

"Sucked Sweet" and "Bad Dream" are out now. Subscribe to The Cribs' Sonic Blew Singles Club at thecribs.pias.com.