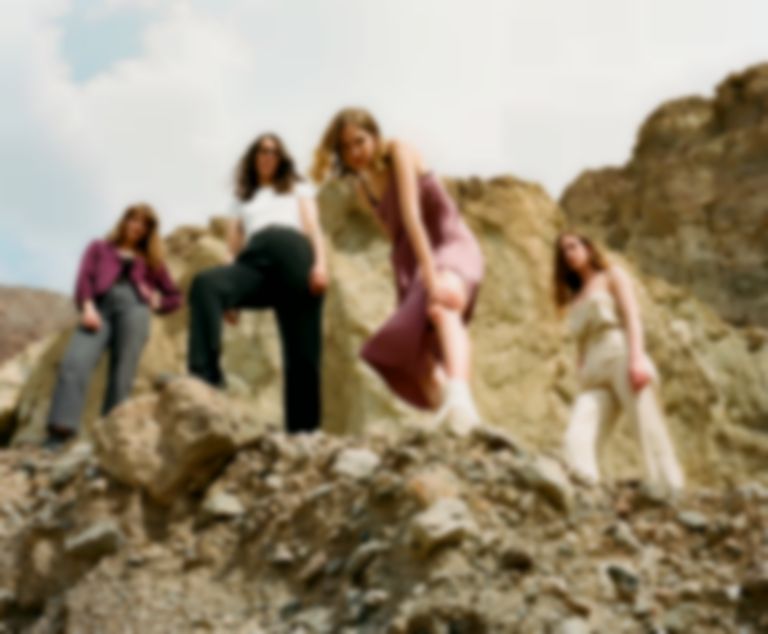 The Big Moon have been announced as ambassadors for Record Store Day UK 2020.

Celia Archer of the band says of the news, "We’re so excited to be ambassadors for Record Store Day! When I was a kid music was still a really tribal thing and if you were into alternative music the record store was a really important space to hang out and spend weekends browsing through things with mates, discovering whole new sounds and genres just because you liked the art work, picking up music magazines and finding out about gigs."

She adds, "We’ve played in lots of excellent shops up and down the country and met wonderful people every time, from the people who work there and organise events to the generous souls who have parted with their money and time and bought our records, come to see us play intimate shows and just generally made us feel like what we’re doing is sometimes worthwhile. As we become more and more aware of the toxicity of spending the majority of your life online it’s important that we protect these physical communal spaces and make sure they feel accessible and welcoming to all. Support your local record store!"

The Big Moon released their second LP Walking Like We Do last month, and to celebrate their role in this year's RSD UK, the band will record their Record Store Day release in front of a live audience and straight to vinyl. The Big Moon will be the first act (potentially in the world!) to record three tracks in one take in front of an audience. The event takes place at London's Metropolis Studios on 5 March. Find out more.

Earlier this month, RSD UK withdrew their invitation for slowthai to be this year's ambassador.

Record Store Day UK takes place on 18 April. The full list of RSD UK releases is expected to be announced in the next week. Visit recordstoreday.co.uk to find a list of participating stores.