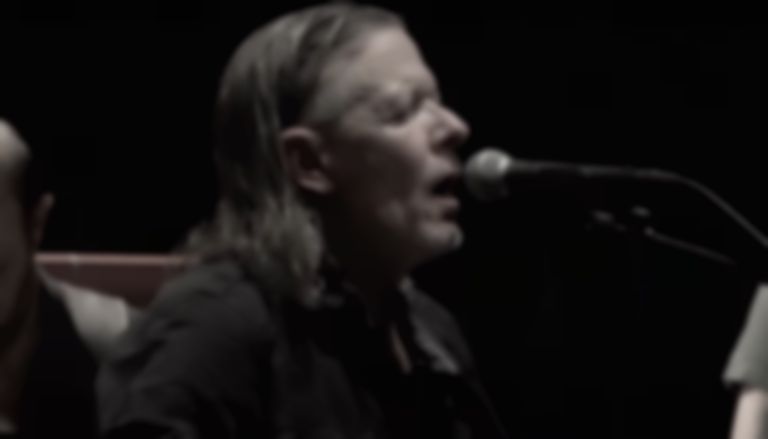 Swans have shared an acoustic collection of tracks titled Is There Really A Mind?, and have also launched a fundraiser for the "fully realized and well produced" version of the record planned for release in 2023.

Is There Really A Mind? was first teased last year, and although the 10-track acoustic collection isn't on streaming services, Swans' Michael Gira posted them on SoundCloud, which is only accessible through the Young God Records pre-order page.

There's multiple buying options for Is There Really A Mind?, which currently only features "simple versions of the songs performed at home with acoustic guitar and" Gira's voice. Each buying option features a handmade CD package with an "extensive lyric sheet and a separate sheet of an MG self portrait".

In an Instagram post, Gira wrote, "This is to let you know there is now a fundraiser available for the new Swans album. Your support will go a long way in ensuring a fully realized and well produced album. The songs for the new album were written over the last year or so in the midst of the seemingly endless pandemic, in which, at the time of this writing, we still somehow find ourselves. We had planned an extensive tour for the last album, Leaving Meaning, but it was canceled, and then rescheduled again several times before we finally and abjectly conceded defeat and decided to wait it out. After a period of deep and dulled depression stemming primarily from the inability to move forward, I finally decided to abandon plans for that tour entirely and to instead write new songs for a new album. The result is the 10 songs now available now."

According to Gira, the Is There Really A Mind? album, due to ship next month, "will also act as a template for the coming work with other musicians."

Gira added, "At my current station in the life cycle I’m increasingly aware that this (or any) effort might be my last. I believe these songs contain something of that sense of finality and the urgency of countering it… My gratitude for your support in funding the recordings and my outsized appetite for sound knows no bounds. At certain times the urge to just give up has been quite seductive, but I’m reminded that there’s a core group of people that care about the work and receive meaning from it, and that knowledge helps to propel me forward."

Is There Really A Mind? is available to pre-order now from younggodrecords.com. Swans will begin recording the 2023 album in April this year.