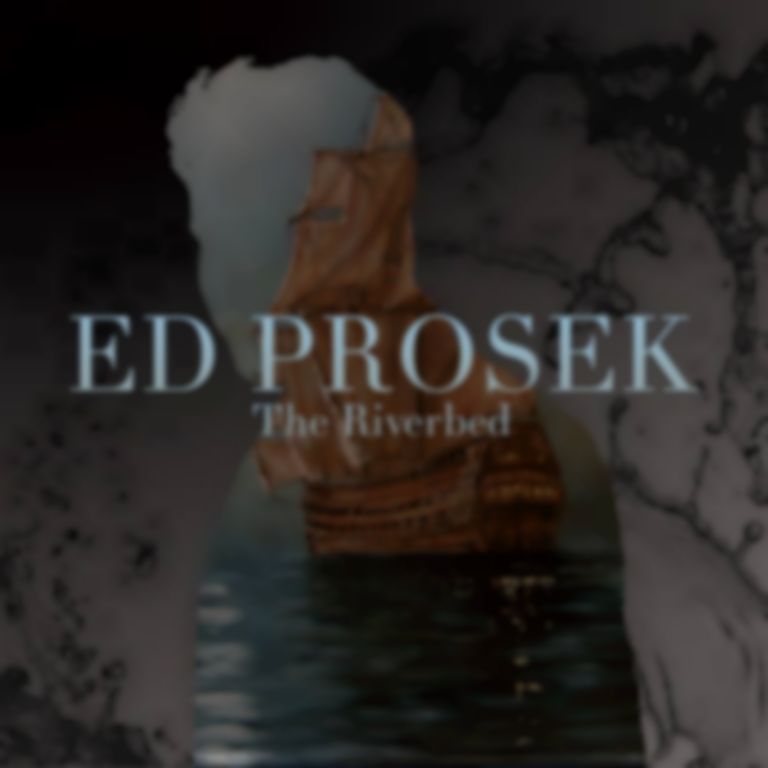 Having already set the internet alight with "Hold On Tight", the lead single from his second Riverbed EP, Californian singer-songwriter Ed Prosek seems to be going from strength to strength.

Although his previous work saw him dealing with the search for a home, a recent move to Brighton with his band has seen Prosek seemingly find his place in the world, producing an EP that treads the line between contentment and nostalgia: a tone perfect evocation of the uncertainty of young adulthood. Retaining the classical roots that have come to define his sound, without losing the stunning folk touches that have earned him comparisons to Ben Howard, George Ezra and even Nick Drake, it’s a tour de force, delivered with the lightest of touches.

I wrote Hold On Tight during a really uncertain time recently; it was basically a letter to myself and the people I have in my life, to say that when you put your belief into something it guards you from your fears and doubts.

You build your metaphorical ship and place all your hopes and aspirations into it, and you just have to believe it’ll get you where you need to go. It’s the first time I had a real ‘band’ song without orchestra, the energy in it is something really new and exciting for us, and I think it’s a really powerful start to the EP.

Home is basically my love song to England, but more specifically Brighton. I’m from California, and I’ve lived in a few different places and I’ve never really felt like I belonged anywhere until I came here. I made a family of friends and wonderful musicians that I get to play with, and it makes me really grateful to know all of them them. What I love about it is that it’s a very simple song that says exactly what it has to. The memories that inspire the song are from this wonderful, dingy little apartment I lived in in the middle of Brighton, and every time I sing the song I’m right back there.

This track is about not being where you want to be - it's a rare occurrence for me to write a song about someone else story - but this is one of shame, realization and redemption. This is the most orchestral track on the EP, I’m really proud of the string arrangement; after writing so much for the band, it was wonderful to get back to our roots as a group and work with the string players again.

The quietest track on the record, Pictures is just a love song, and one that really wrote itself. It was something I had to get off my chest and it describes something that’s genuinely special to me. It’s been a long time coming that we put brass on any of our music - I’m a trumpet player, and I’ve been waiting for the right moment to bring that color into our songs. I think it adds so much and I'm really looking forward to bringing it back for more on the next record.

This song was written in a disused 19th century convent that our producer was living in at the time, and I think the music and arrangement kind of reflects that. There were A LOT of drums lying about, and smashing away on floor toms at 2am really gave me the inspiration I needed to write the song! I wanted to write some darker, moodier music, and just explore completely different avenues that I hadn’t tried before, and I think it adds an edge to the EP by being so different.

On the surface this song is about the fear of telling someone that you love them, but underneath that there’s a greater fear of committing to something that scares you, jumping over the edge into the unknown. But through the song, you hear the darkness and the anticipation, and as the final chorus comes in, and the brass band surges in in the background, all of that melts away into something triumphant and joyful - I think there’s no better sentiment to end the EP with than that.