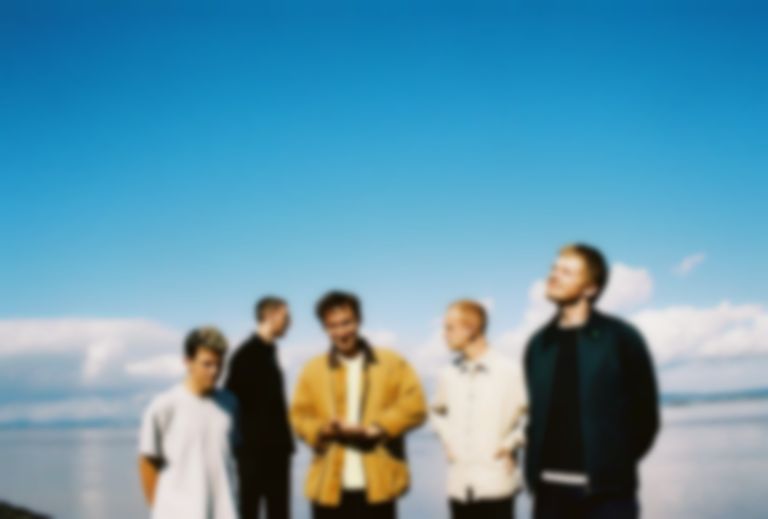 "Narrator" is the first track to be shared from Squid's debut album, following May 2020's "Broadcaster" single, and sees them join forces with Martha Skye Murphy for the only collaboration on Bright Green Field.

Squid say of their new outing, ""Narrator" was inspired by the 2019 film A Long Day's Journey Into Night, the song follows a man who is losing the distinction between memory, dream and reality and how you can often mould your memories of people to fit a narrative that benefits your ego. Martha Skye Murphy, the track's guest vocalist, made the point that the unreliable narrator is, more often than not, a male who wishes to portray women as submissive characters in their story. After some discussions with Martha she thought it’d be a good idea that she play the part of the woman wanting to break free from the dominating story the male has set."

Lead vocalist and drummer Ollie Judge says, "This album has created an imaginary cityscape. The tracks illustrate the places, events and architecture that exist within it. Previous projects were playful and concerned with characters, whereas this project is darker and more concerned with place - the emotional depth of the music has deepened."

He adds, "Reading Douglas Coupland’s view that we’re living in the "Extreme Present" as well as Mark Fisher and Merlin Coverley’s writings on Hauntology and the slow cancellation of the future made me realise we’ve been living in a dystopian and futurist landscape for a long time."

"Narrator" featuring Martha Skye Murphy is out now. Squid's Bright Green Field debut album will be released via Warp Records on 7 May, and is available to pre-order now.