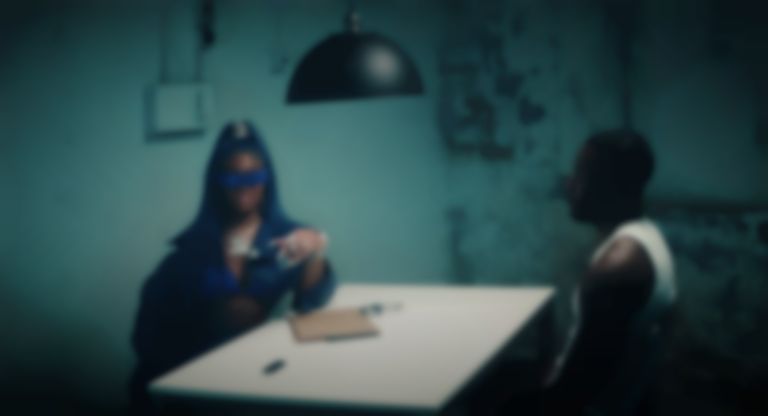 Shaybo has responded to a clip highlighting similarities between Nicki Minaj's "Do We Have A Problem?" and Shaybo's 2021 single "Broke Boyz", saying "I'm sure great minds just think alike."

On Saturday (2 April) one Twitter user shared a video highlighting similarities between Nicki Minaj's Lil Baby collaboration "Do We Have A Problem?" and Shaybo's own DreamDoll collaboration "Broke Boyz".

The Twitter user pointed out similarities with the interrogation-style scenes in both videos, as well as highlighting how Minaj's flow is similar to Shaybo's.

"Broke Boyz" was originally released in April 2021, while Minaj's "Do We Have A Problem?" only landed this year.

In November last year Shaybo teamed up with NSG on "Don't Play Me".