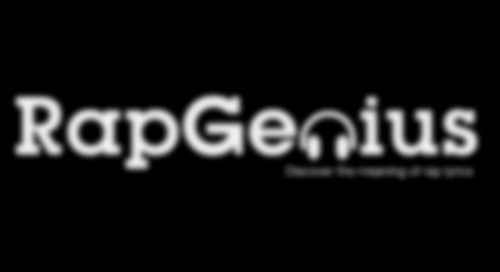 After Rap Genius was this week amongst the song lyric websites accused of “blatant illegal behaviour” by the National Music Publishing Association, news has emerged of a licensing deal with Sony/ATV Music Publishing.

The NMPA had sent 50 take-down notices to lyric sites they branded as unlicensed and therefore in breach of copyright laws, with the threat of legal action forthcoming. Now, it transpires that the community-oriented Rap Genius, which allows fans and artists to annotate and ‘decipher’ song lyrics, had already signed a licensing agreement with Sony/ATV Music Publishing “earlier this year.” Though a large amount of the content on the site would not be covered by the agreement, Rap Genius says it is working on deals with other publishers. NMPA CEO David Israelite claims that his organisation’s actions are not punitive, and that it simply ” those that are making money off lyrics to be business partners with the songwriters who created the content that is the basis of the sites.”

Sony/ATV is the world’s largest single music publisher, with an estimated 31% of the global market. Songwriters on the company’s books range from Paul McCartney to Pitbull.

UPDATE: Rap Genius have indicated that the deal was signed prior to the closure threats.