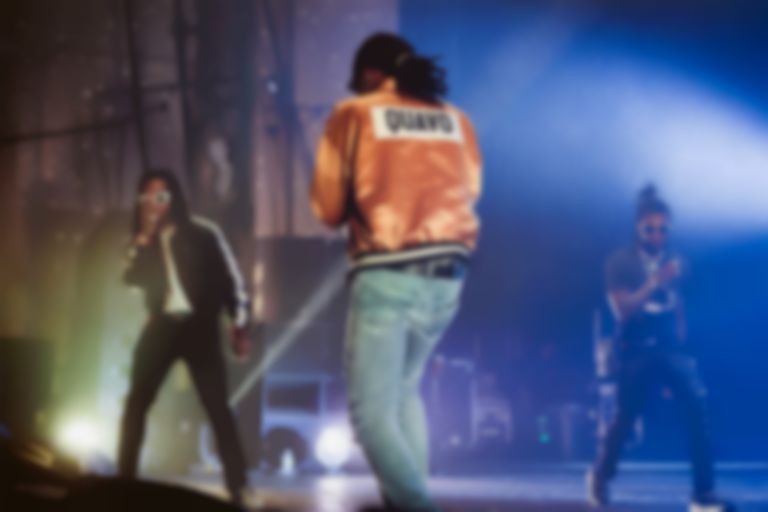 In a new radio interview with Quavo, he confirmed that Migos have worked on a track for Kanye West's forthcoming Yandhi album.

On LA's Power 106 The Cruz Show, Quavo was asked if he was in touch with Kanye West after making a reference to the rapper in his recent solo record Quavo Huncho, to which Quavo replied "We did a record for him for Yandhi."

You can hear the Yandhi discussion below from 13:45.

Kanye West was due to release Yandhi on 29 September. The album has since been pushed back to 23 November, the same day as Black Friday.

Alongside Migos, Kanye West confirmed XXXTentacion and 6ix9ine will appear on his forthcoming release that has a very similar look to Yeezus.

The Chicago rapper has been completing work on the album in Africa.

Last week Quavo also revealed to the Associated Press that Migos' next album is set to arrive in early 2019, "We’ll be at the top of 2019. We’re going to hit them with Culture III."

Yandhi is expected to arrive on 23 November.