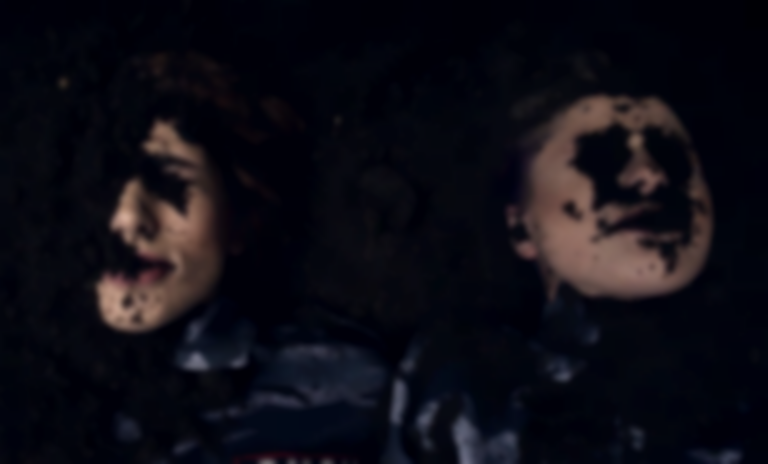 Pussy Riot have unveiled their first track in English, "I Can't Breathe", dedicated to the memory of Eric Garner.

The harrowing video is directed and produced by the band themselves.

In the accompanying description, Pussy Riot explain the track and its video:

Pussy Riot's first song in English is dedicated to Eric Garner and the words he repeated eleven times before his death. This song is for Eric and for all those from Russia to America and around the globe who suffer from state terror - killed, choked, perished because of war and state sponsored violence of all kinds - for political prisoners and those on the streets fighting for change. We stand in solidarity.

Pussy Riot's Masha and Nadya are being buried alive in the Russian riot police uniforms that are worn during the violent clashes of police and the protesters fighting for change in Russia. A pack of "Russian Spring" brand cigarettes is on the ground at the beginning. "Russian Spring" is a term used by those who are in love with Russia's aggressive militant actions in Ukraine, and the cigarettes are a real thing.

"I Can't Breathe" was recorded in New York in December 2014 during the protests against police brutality together with Pussy Riot, Richard Hell, Nick Zinner, Andrew Wyatt, Shahzad Ismaily (The Ceramic Dog) and Russian bands Jack Wood and Scofferlane.