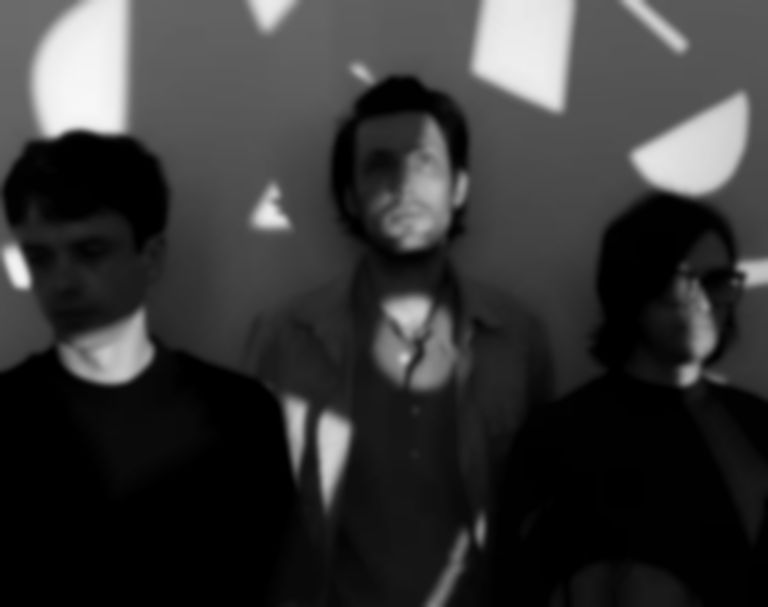 Psychic Markers are back with details of their new mixtape Blue Dreams, or Sucre De La Pastéque, and have released "Speechless Implications (D’un Soupir)" as the lead single.

"Speechless Implications (D'un Soupir)" is the first new single from Psychic Markers since releasing their self-titled second album in May.

The new track will appear on their forthcoming Blue Dreams, or Sucre De La Pastéque mixtape, which was recorded between London and Paris during lockdown.

Steven Dove says of the mixtape, "I spent a lot of lockdown waiting impatiently for books and other goodies to be delivered, one of which was Richard Bruatigan’s In Watermelon Sugar who you can hear reading the poem All Watched Over By Machines Of Loving Grace on the final track. The rest of my time was spent watching movies, eating and making this record, Sucre de la Pasteque, or in English Watermelon Sugar. In contrast with most musical projects there was no grand plan here, I wanted to make something inspired by how I was feeling on a day to day basis. I knew I had a limited supply of equipment and only a pair of headphones so I relied heavily on my imagination, which thankfully had plenty of time to drift off on various tangents."

He adds, "There was also an emphasis on having my location influence the songs (I was in Paris), most obviously on the duet "Speechless Implications" in which the lyrics are sung in both English and French, a bilingual pop song of sorts. Above all it gave me the freedom to write and record in a manner reminiscent of the days starting out making music, hopefully it comes across this way."

Leon Dufficy goes on to explain, "One morning I was in an internet rabbit hole looking for vibes/visuals to accompany the band and I stumbled across some footage of a 60’s housewife taking LSD for the first time. The way she describes what it was doing to her mind/body, a sort of hope wrapped up in sadness or nostalgia for a forgotten memory or an unknown future. It directly resonated with me, I tried to keep that feeling present through my side of the tape."

Dufficy continues, "These are weird times and it makes you think about the real things like friends and family, these feelings crept their way into my songs. The last track has my three-year-old son Orbison singing a song he wrote, in other parts you can hear nature recordings that were made in my mums' backyard in Australia. It was my way of keeping them close to me while we waited out the days."