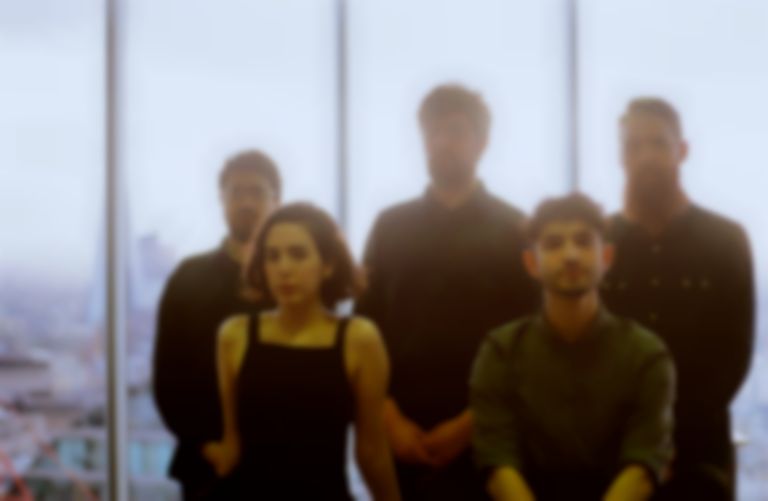 Post Louis have returned with news of their debut album Descender, alongside sharing the title-track as the lead single.

"Descender" is the first single from Post Louis since February's "Ghostwriter".

Vocalist Stephanie Davin says of the new single, "I don’t think people talk about labour enough in pop music, but almost all the musicians I know have done the strangest and most varied jobs alongside making music."

Descender will be Post Louis' first collection of tracks since their 2014 EP Uptight.

The process for their debut album began after completing a European tour with Procelain Raft. Davin and Robbie Stern (previously of Cajun Dance Party) travelled to a remote cottage in Wales with a looper and a Dictaphone to cut out the distractions from working life. Davin and Stern then brought their recordings to the rest of the band, where they worked on creating the full tracks for Descender at the Norwegian Church in Bermondsey, which is also their rehearsal space.

Discussing the inspiration for the album, Davin explains, "A couple of Christmases ago I was feeling overwhelmed by all the turmoil produced by the courageous disclosures in the Me Too movement. The Brock Turner witness statement had been published in the summer of 2016. That act of bravery occupied my mind, alongside a relentless looping mental image that I couldn’t shake, of Emily Doe (Chanel Miller) lying in the road. I wanted to link that image to the idea of heat, rage and being burnt out - whether by work or aspiration or fury. Fiery anger is often apt, but it can be exhausting as well as empowering."

Post Louis' "Descender" single is out now. Their debut album Descender arrives 28 February 2020. They play The Lexington in London on 31 January 2020. Find out more.