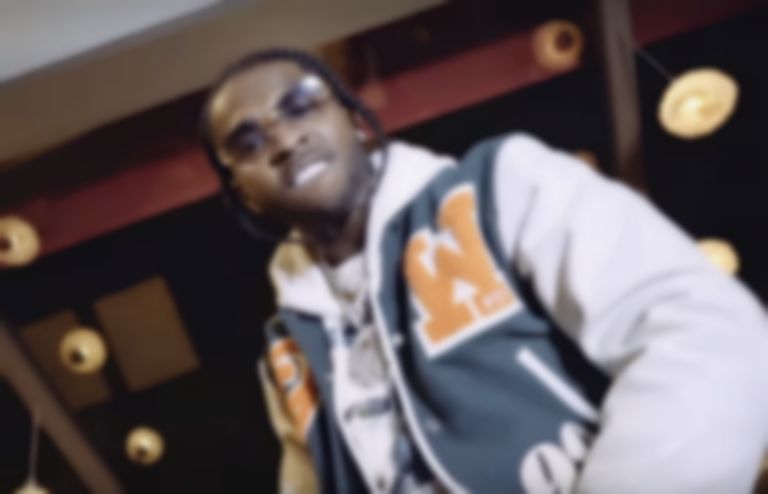 The updated artwork for Pop Smoke's posthumous debut album Shoot For The Stars Aim For The Moon is still being criticised by fans.

The Shoot For The Stars Aim For The Moon cover was heavily criticised, with many fans calling the Off-White designer lazy for his effort.

A petition was also launched to change the artwork, and hours later Steven Victor, head of the Victor Victor label imprint, revealed that the artwork would be updated.

Fans decided to start posting their own alternative covers for the album online, and 50 Cent resposted (and deleted) a bunch of them on Instagram, asking for his followers to give their opinions. Despite the influx of creative alternatives, the team decided to go for a simple monochrome cover that features a platinum rose in front of a black background.

Pop’s music belongs to everyone. This album is a celebration of where Pop was headed and where he wanted to be. The process of working on this album with all our friends, peers and heroes has been amazing and we thank everyone for their support. Pop’s music and legacy belongs to the world now and we want you to continue to manifest your love in creative ways that we haven’t even thought of yet. Visit the link for the asset pack at POPSMOKEFOREVER.COM. Let’s celebrate tonight and forever. More to come. “LINK IN BIO”

It turns out the updated cover of choice hasn't been received well by fans, with many still criticising it.

All of those creative fan made album covers for Pop Smoke & they decided to go with a platinum rose & black background. pic.twitter.com/ArDmSks795

Wait wait... Wooooo.. All them dope album covers them graphic designers was doing for Pop Smoke, and they selected that cover??? Was it all a Publicity Stunt from the Start!?? Wooooo!! GD, Y’all gotta be more careful with doing stuff for FREE! Lol!!!

Pop smoke team honestly some trash cause some of these features and the album cover still ain’t it at all.

Pop Smoke's debut album Shoot For The Stars Aim For The Moon is out now.