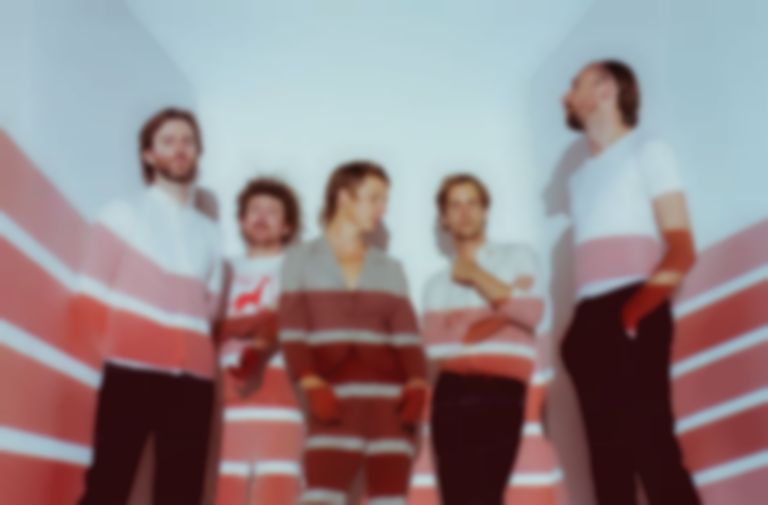 Pond have released new single "Hang a Cross On Me" as the latest preview of the deluxe edition of last year's 9 album.

"Hang a Cross On Me" is the second of four new tracks that will feature on the deluxe version of Pond's 9 album, following March's lead outing "Lights of Leeming".

The new song is accompanied by a video directed by Alex Haygarth and Nick Allbrook, who says of the single, ""Hang A Cross On Me" was made infinitely cooler by the return of Cowboy John - musician, poet, fashion icon, Poon's Head Studio regular, legend. We got Cowboy to feature on Hobo Rocket back in the day. In both songs he insisted on improvising his own lyrics and on only doing one take, and both, of course, were perfect. He meditates on love, life, the universe and everything with his signature fantastical surrealism and cosmic wonder. It's always a pleasure working with him. He is incredibly rare and brilliant and we love him."

As well as featuring four bonus tracks, the deluxe edition of Pond's 2021 album will also feature a 12-page booklet.

"Hang a Cross On Me" is out now. Pond's deluxe version of 9 will arrive via Spinning Top Records on 20 May, and is available to pre-order now.