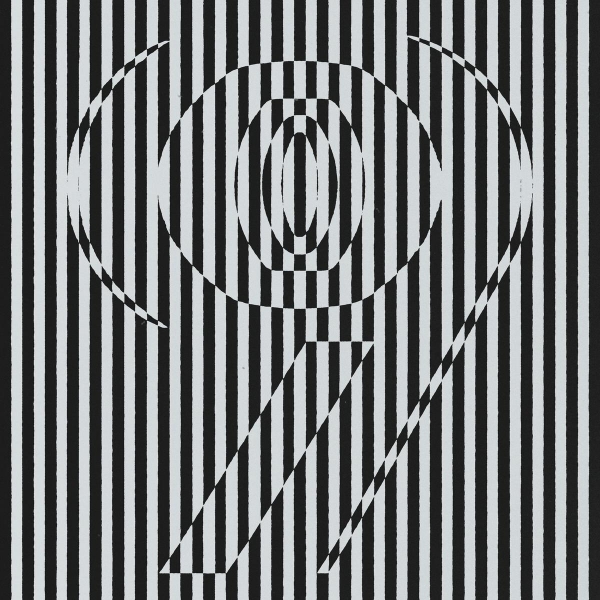 Although it’s only been a couple of years since Pond’s last album - the rather sublime Tasmania - it seems a lifetime ago.

Released in 2019, that record showcased the band working to their fullest potential, with their customary psych-pop now featuring aspects of electronic, funk and jazz music, resulting in a kind of plastic soul/sophisti-pop update to their once shaggy-rock sound. The band - Nick Allbrook, Jay “Gumby” Watson, Shiny Joe Ryan, Jamie Terry, and James Ireland - have been together long enough for these shifts in texture, tone and mood to be second nature. This ain’t their first rodeo.

Inspired by the creative processes of Can, and by proxy William S. Burroughs, 9 is the result of several inspired jam sessions being chopped up and refashioned into fully-fledged, self-contained pieces. Where this works, as on opener “Song for Agnes”, or on the industrial-tinged electro-pop of “Pink Lunettes” (which clearly draws influence from Suicide and Cabaret Voltaire), we see the truly limitless potential of Pond’s creative process. Where the experimental approach doesn’t quite cut it - particularly on the rather earnest white-funk of “America’s Cup” - there’s still a relentless energy that’s infectious and hard to ignore.

“Take Me Avalon, I’m Young” is almost comically serious, and is the most authentically constructed throwback amongst the set. “Human Touch” goes for broke, with each of the composite sounds clashing and rubbing together - there are even hints of Misfits’ “Static Age” in the wailed refrain.

It’s not all perfect - “Czech Locomotive” and “Toast” drag - but this is a refreshing and genuinely engaging album. Although they’ll forever be seen as challengers to the bigger, better Tame Impala, Pond have truly done enough throughout their career to be seen as genuine contenders. Hell, you could theoretically be fans of one and not the other, such is the widening chasm between the two groups - something that would previously have been unthinkable.