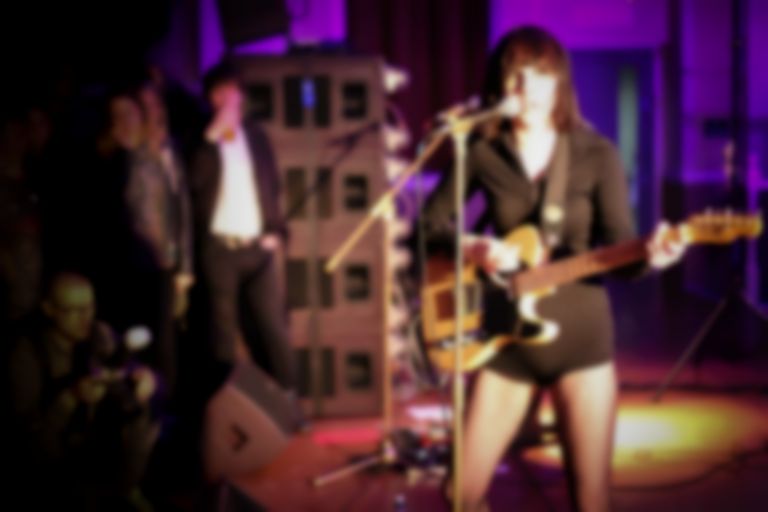 PINS have announced their new record Wild Nights, and are streaming the lead single "Too Little Too Late" to celebrate.

The Manchester post-punk foursome are following up Girls Like Us, which they released in 2013.

"Too Little Too Late" is a vinegary cut with cleaver-like riffs and rampaging percussion. PINS' Faith Vern said of the track: "Writing the ‘Too Little Too Late’ lyrics was very cathartic, they spewed out like hot lava from an angry volcano. It is a middle-finger-to-the-world kind of song and the video mirrors that notion. Hell hath no fury like a woman scorned!”

The band are also set to support Sleater-Kinney and Drenge in the coming months.

Wild Nights is out 8 June on Bella Union. "Too Little Too Late" is released 30 March separately.

Watch the video, which is a bit sweary and features the band dressed by Saint Laurent, for the new single below. The tracklist for Wild Nights, and the band's forthcoming live dates, can be found after.