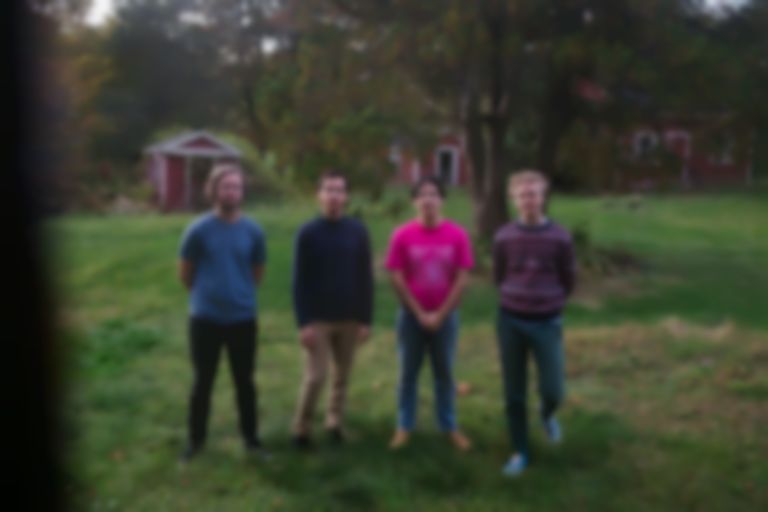 Pinegrove have dropped new single "The Alarmist" ahead of their new album Marigold landing this Friday (17 January).

"The Alarmist" is the third, and final preview of their fourth LP, after last year's "Phase" and "Moment" singles.

Discussing the new offering, the band says, "This song tries to look at the negotiation of space between two people - balancing comfort and closeness with a need for independence. the song takes place in the first moment you find yourself alone after an intense experience with a friend, sorting through the layers of history, head swimming; revisiting frames of memory, seeing your relationship (& yourself in it) with startling clarity."

Pinegrove have also recorded an acoustic video for the new single.

Drummer Zack Levine says of their new LP, "This is a lifelong project. We’re always thinking about how to be better humans and humanists. It’s about how to keep going, and to respond to the world as it is right now."

"The Alarmist" is out now. Pinegrove's Marigold album will be released via Rough Trade Records on Friday (17 January). They play London's Islington Assembly Hall on 18 March. Find out more.