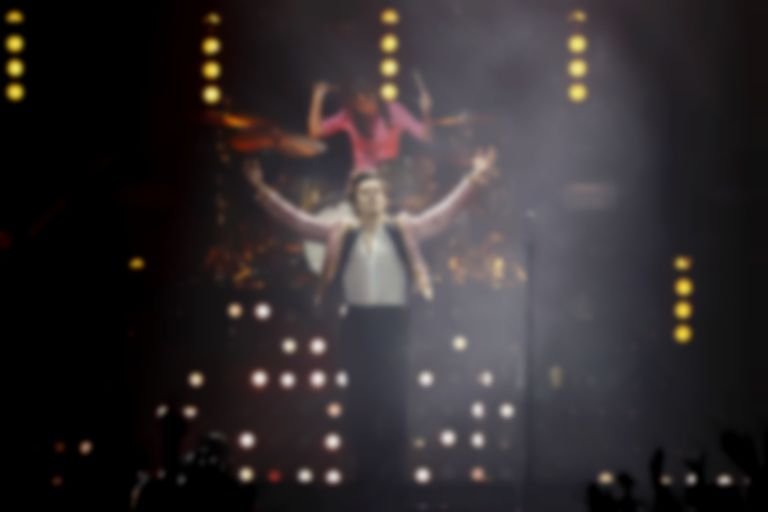 People are beginning to believe that Harry Styles' team is behind a new account for a non-existent island called Eroda.

The site and social accounts for Eroda do not disclose the actual location of the "island", and a google document on the location reveals that "most images used appear to be stock photos, although some are stock photos from real life locations."

Linking the non-existent island to Styles, Andy Baio of Waxy and XOXO wrote on Twitter last night (24 November), "Most plausible theory I’ve seen so far is that it’s related to Harry Styles’ new album. Several of the Eroda photos were apparently taken in St. Abbs, a small Scottish fishing village where he was recently filming a music video, and some Eroda places match up with song titles."

He then quoted another tweet in which someone managed to find a link between Eroda and Styles' site. It reads, "I verified a connection between Eroda and Harry Styles. The Eroda page is using a facebook pixel installed on hstyles.co.uk. You can only track websites you have control of. They are related."

This is pretty strong evidence they're related. https://t.co/KVDf1js0qu

Styles' fans were quick to respond with tweets linking him to the account. One wrote, "kiwis, watermelons and cherries," while another added, "Harry log off to ur main acc plz."

Another Twitter thread goes into detail with other reasons why the island would link to Styles. One of the points is that Eroda is "Adore" spelt backwards, and Styles has a track on Fine Line titled "Adore You".

The same thread points out that the pictures used are from the same town where Styles shot a music video back in August, and reveals that many of the locations on Eroda's site have similarities to Styles' tracklist for his second solo album.

also, many of the pictures they use are from st. abbs, scotland, where harry shot one of his music videos back in august that has yet to be released pic.twitter.com/y1yAppGT2L

eroda also has a salon called adoré! maybe the video he was shooting was for his new song adore you. pic.twitter.com/ceLWf5m7jL

Elsewhere in the thread the Styles fan points out that Eroda's "Yuna Inn" location is linked to the singer. The fan writes, "yuna means kindness in japanese. we know that harry loves japan and spent a good portion of late 2018 - early 2019 there. And "treat people with kindness" is his brand! also a track on his album."

another thing on the website that’s weirdly connected to harry is the yuna inn. yuna means kindness in japanese. we know that harry loves japan and spent a good portion of late 2018 — early 2019 there. and “treat people with kindness is his brand! also a track on his album pic.twitter.com/DMIaEn076o

Harry Styles is yet to confirm any links to the Eroda accounts. His Fine Line album arrives 13 December via Columbia, and is available to pre-order now