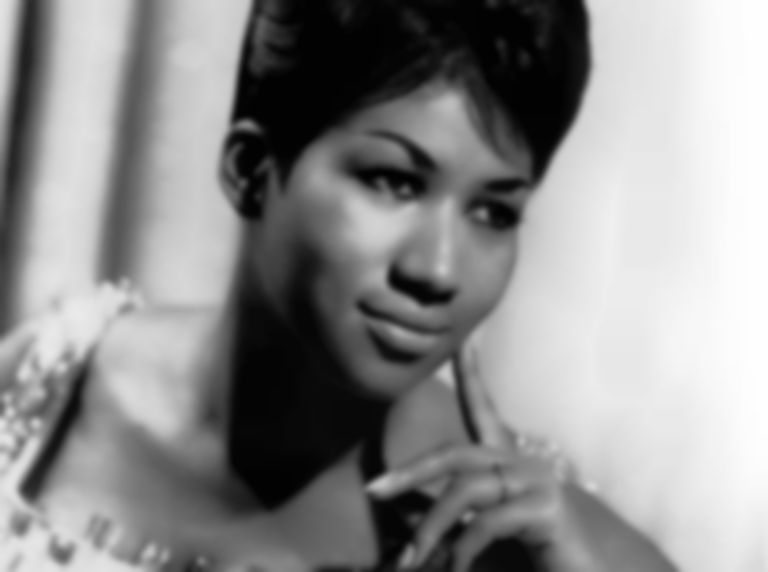 Fans and musicians inspired by soul singer Aretha Franklin are paying tribute to the icon who has died today aged 76.

Aretha Franklin's publicist released a statement via NBC News on Thursday 16 August from Franklin's family that confirmed the passing of the soul singer, "Franklin, 76 years old, passed away on Thursday morning, August 16 at 9:50am at her home in Detroit, MI, surrounded by family and loved ones. Franklin's official cause of death was due to advance pancreatic cancer of the neuroendocrine type."

At the time of writing this, nearly a million fans and musicians around the world have taken to Twitter to pay their tributes to the inspiring and iconic singer responsible for classics "Respect", "I Say a Little Prayer", and "(You Make Me Feel Like) A Natural Woman". Read some of the tributes below.

Let’s all take a moment to give thanks for the beautiful life of Aretha Franklin, the Queen of our souls, who inspired us all for many many years. She will be missed but the memory of her greatness as a musician and a fine human being will live with us forever. Love Paul pic.twitter.com/jW4Gpwfdts

The world lost an incredibly talented woman today. Rest In Peace, @ArethaFranklin... your legacy and music will forever inspire us and future generations pic.twitter.com/me6FiFo1lM

Eternal thanks to you Aretha Franklin. You taught me to sing and I will be forever grateful to you. RIP you amazing woman pic.twitter.com/nUStGuUKA0

Aretha Franklin is the reason why I sing from that part deep inside of me that few could ever reach. She was my favorite and will always be. What a gift she has left all of us with her musical footprints. There will never be another like her. She was truly special. #QueenOfSoul

Her voice; her presence; her style
No one did it better
Truly the Queen of Soul
I will miss you!@ArethaFranklin #QueenOfSoul pic.twitter.com/Gw5XEhsxjH

What a life. What a legacy!
So much love, respect and gratitude.
R.I.P. @ArethaFranklin https://t.co/400K1U5IHI

"giving a rousing performance at the White House, she has always been amazing. No matter how the music has changed over the years, she remained so relevant.
Though never signed to Motown, Aretha was considered part of my family. We always shared fond memories of the Motor City...

"My condolences go out to her sons, other family members, friends and fans. I will miss her.

From the time that Dinah Washington 1st told me that Aretha was the “next one” when she was 12-years old, until the present day, Aretha Franklin set the bar & she did it with the professionalism, class, grace, & humility that only a true Queen could... : Hassan pic.twitter.com/IjT6I7NH1D

I have loved Aretha Franklin’s music my entire life, and her music has played in our audience for 15 years. My heart goes out to her family. #RESPECT #QueenofSoul

Rest In Peace to our Queen of Soul. Her contribution to music and to the empowerment and enrichment of our hearts, Spirits and souls is immeasurable.
Thank you Ms. Aretha Franklin for sharing your anointed gifts with us. They changed the world. We are deeply grateful!

Aretha helped define the American experience. In her voice, we could feel our history, all of it and in every shade—our power and our pain, our darkness and our light, our quest for redemption and our hard-won respect. May the Queen of Soul rest in eternal peace. pic.twitter.com/bfASqKlLc5

Today has always been a hard day for me, and now the “Queen Of Soul” Aretha Franklin has left us, this loss saddens my heart not only was she a fellow Memphian, but she was also my inspiration to sing pic.twitter.com/amLqmcGvri

You’ve given us timeless music that will forever live in our hearts. You were truly one of a kind. May you Rest In Peace Beautiful Queen. #ArethaFranklin pic.twitter.com/tSXoSjAg0J

Rest easy #ARETHAFRANKLIN I imagine u in heaven performing & still making people souls move this was my aunt favorite record #RockSteady you will always be the Queen of Soul you been that before many of us were born! Thank you for giving us LEGENDARY TIMELESS music pic.twitter.com/bEueBCLGJ9

Crowds gathering here at #ArethaFranklin’s star in Hollywood to honor the Queen of Soul. pic.twitter.com/bskYqdOm7W

May you rest in #peace, Queen of Soul
The legend #ArethaFranklin gave us vocals on a genius level. She was able to take any type of #song and create a picture with her voice. I am grieving with #gratitude. thank you for sharing your amazing gift.#RIP #QueenOfSoul pic.twitter.com/oOsUBdLRq4