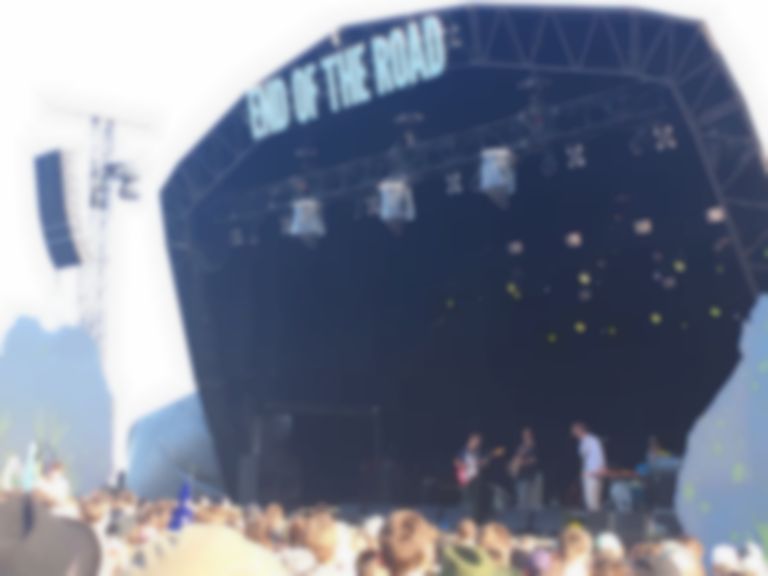 It was the weird and the wild out in force when Parquet Courts performed at End Of The Road.

There were wizard hats and bald head masks held aloft as Parquet Courts stepped out onto the Woods stage. Frenetic action and crowdsurfers were common place as the New York outfit powered through their performance.

"I hope no one is just enduring this because they don't like us," the band declared mid set. "You've made Sean [Yeaton, bass] feel so at home he's taken his shoes off, for Christ's sake." Tearing through what the group described as "a medley of our hits," there wasn't a one who would've argued this was where they belonged.

With favourites such as "Master Of My Craft" and "One Man, No City" all performed before the group took their bow from the stage front as Boyz II Men's "End Of The Road" blasts through the PA, they might have been thousands of miles from their home, but there was no doubt this was exactly where Parquet Courts were meant to be.

End Of The Road continues tonight with headliner Mac DeMarco on the Woods Stage.