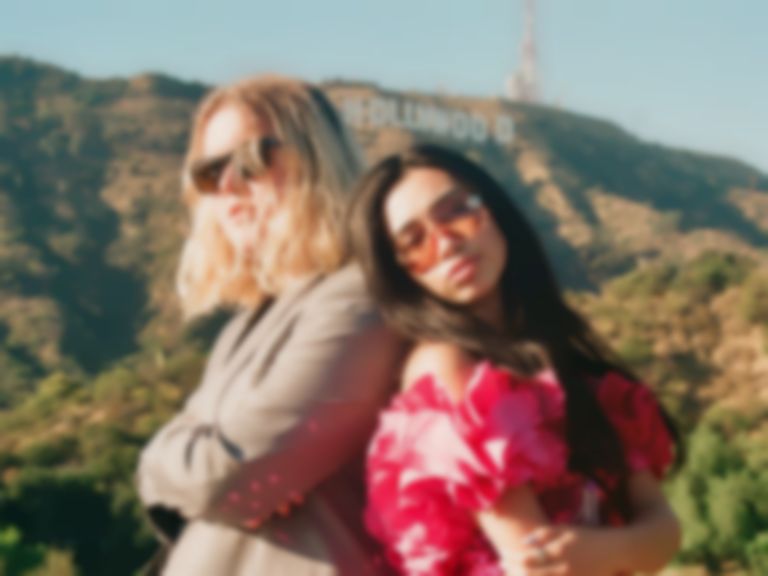 Oscar Lang has teamed up with Dirty Hit labelmate Wallice for his first single of 2022, "I've Never Been To LA".

"I've Never Been To LA" is Oscar Lang's first release of 2022, following his 2021 debut album Chew The Scenery, and sees him join forces with Dirty Hit labelmate Wallice.

Lang said of the new outing, ""I’ve Never Been To L.A." is an anthem for all those people that have only ever seen sunny Los Angeles through the eyes of Hollywood. An imaginary world where you get to hold your hands in the air while cruising down the freeway soaking up American hyper-consumerism. Being an LA native and me being a huge fan of hers I thought it was only right to ask Wallice to hop on the track and come at it from the American perspective."

Wallice added, "When I first heard the demo that Oscar sent I was driving down the freeway headed home during a beautiful orange LA sunset and I loved the song. I think that’s the ideal time and activity to be doing while listening to this song. I was born and raised in L.A. and Oscar has never been here, but when I met up with him last year in London he said he wanted to come out and visit. LA is infamous for everyone moving here to become a star and it’s fun to play into that even more."

Oscar Lang's "I've Never Been To LA" single featuring Wallice is out now on Dirty Hit.