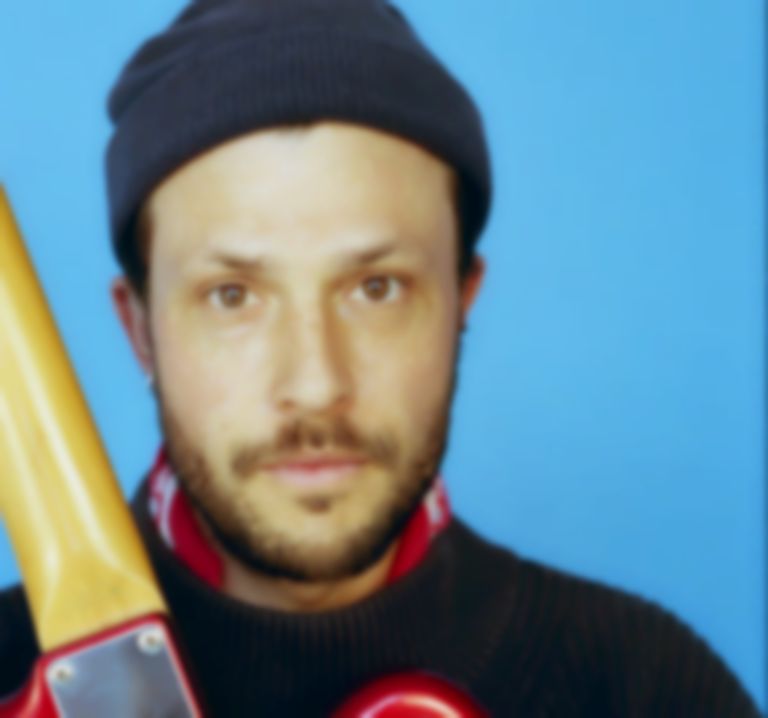 Orlando Weeks has announced Hop Up, his second solo album, alongside unveiling new single "Look Who's Talking Now" to accompany the news.

"Look Who's Talking Now", which is teamed with a Matt Harris-Freeth-directed video, is the third outing from Hop Up, following June's Katy J Pearson collaboration "Big Skies, Silly Faces" and last month's "Deep Down Way Out".

Speaking about the new release, Weeks says, ""Look Who’s Talking Now" is a love song. A song about expectations being fulfilled and exceeded. About knowing what’s coming and still being exultant when it actually happens."

Hop Up will be Weeks' second solo album after last year's debut A Quickening, and is produced by Bullion. As well as featuring Katy J Pearson, the album will include collaborations with Willie J Healey and Ben Reed (part of Frank Ocean’s live band).

Weeks says of the new record, "It started with the idea of wanting to fill in some of the blanks that I felt I had left with A Quickening, but quite quickly it turned into something broader. The choice was always to take the more positive and uplifting sounding step. Perhaps it shouldn’t have, but as an approach it felt surprisingly novel to me."

"Look Who's Talking Now" is out now. Orlando Weeks' Hop Up album will land 14 Januuary 2022, and is available to pre-order now. He's due to play The Barbican Centre in London on 20 March 2022.