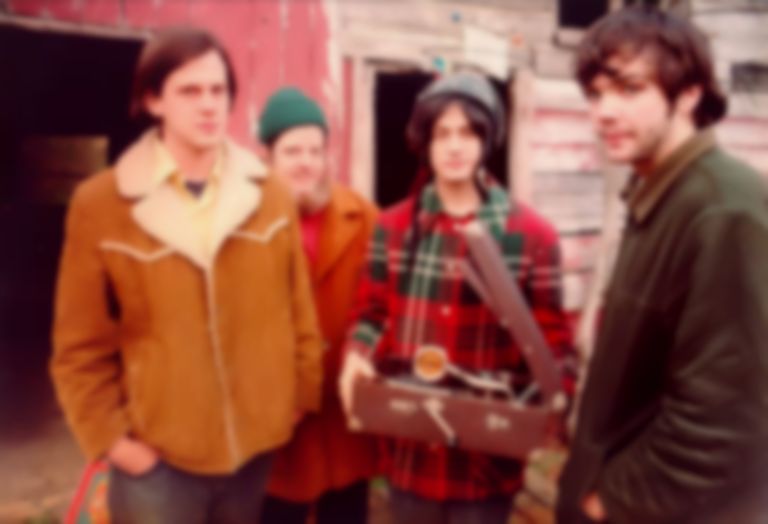 Are Neutral Milk Hotel getting ready to release a new album? New drawings for sale on the band's website are hinting at that being the case...

A new series by bandleader Jeff Mangum called The Book Cipher Sings has a few vvvery interesting clues. Mangum's been selling his art for many years, but these new items are markedly different to what's come before.

Reddit user maldenfilms has been digging a little further:

"The purchase page descriptions refer to the art as 'steganography', which is in and of itself 'the practice of concealing messages or information within other non-secret text or data.' - there's a lot of '1st' '2nd' '3rd' spheres. The '1st' and '2nd' have only 1 ring (single albums). The '3rd' one has two rings and the word 'double' appears a lot too. 'Magicicada cassini' is a locust that appears every 17 years and is due to return in 2017 in Northern Georgia. 'Cassini-Huygens' is a spacecraft that was sent out about 18 years ago and is expected to end its mission in 2017."