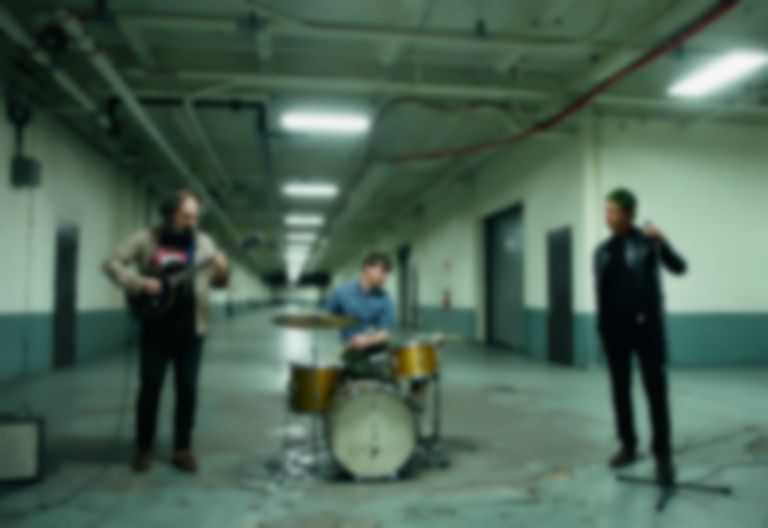 Muzz, the supergroup made up of Interpol's Paul Banks, Matt Barrick (The Walkmen, Fleet Foxes) and Josh Kaufman (Bonny Light Horseman), have released "Knuckleduster", the fourth single to be lifted from their forthcoming self-titled debut LP.

"Knuckleduster" follows on from last month's "Red Western Sky", and is the fourth single to be shared from their debut album, after "Bad Feeling" and "Broken Tambourine".

Muzz have recordings that date back to 2015, but have only just decided to begin releasing material from their collaborative project this year.

The Muzz members have a long friendship. Banks and Kaufman have been friends since they were teens, and attended school together overseas before relocating separately to NYC. They both met Barrick separately, and Barrick ended up drumming on Banks' Banks + Steelz project with Wu-Tang Clan's RZA.

Banks says of the dynamic between the three, "Everybody’s pretty hilarious and good people. Josh is an incredible musician all around and super creative and fun to work with - he’s always thinking of ways to make a song better. It’s a good combo because Josh is more trained as a musician in music theory and Paul comes from a different perspective where he’s playing things that just sound good. Lyrically and melody-wise, you never know how he’s gonna approach a song. It’s always unusual and cool and unexpected."

"Knuckleduster " is out now. Muzz's Muzz album is due for release on 5 June via Matador, and is available to pre-order now.