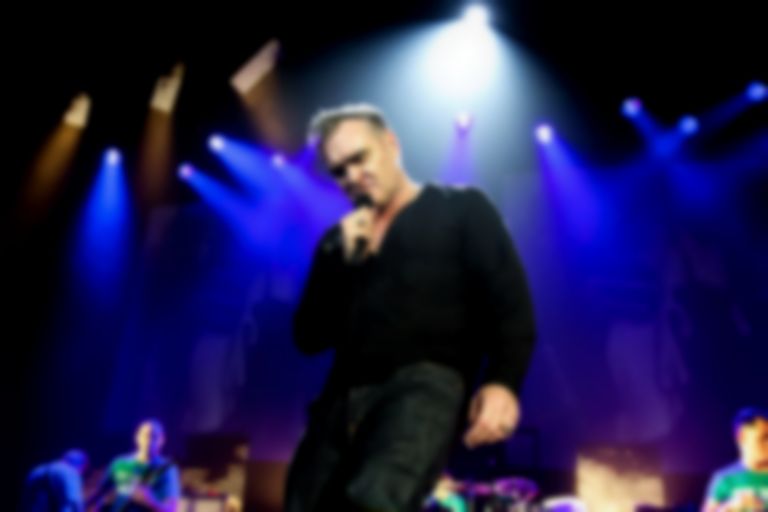 During last night's performance on The Tonight Show Starring Jimmy Fallon, Morrissey wore a badge to show his support for political party For Britain.

His blazer appeared to wear a small badge with For Britain's trident logo, further extending his support towards For Britain founder Anne Marie Waters and the "far-right" group.

After announcing his California Son album earlier this year, Broken Social Scene's Ariel Engle - who features on the record - revealed her opinion on Morrissey's political views, "The inflammatory things he says are not my politics. I think he’s completely out of line. I grew up around multiculturalism and I am the product of multiculturalism and immigration. I feel like I’ve been had, but it’s my fault."

Last year Morrissey explained his support for the political party, "For Britain has received no media support and have even been dismissed with the usual childish 'racist' accusation. I don't think the word 'racist' has any meaning any more, other than to say "you don't agree with me, so you're a racist." People can be utterly, utterly stupid."