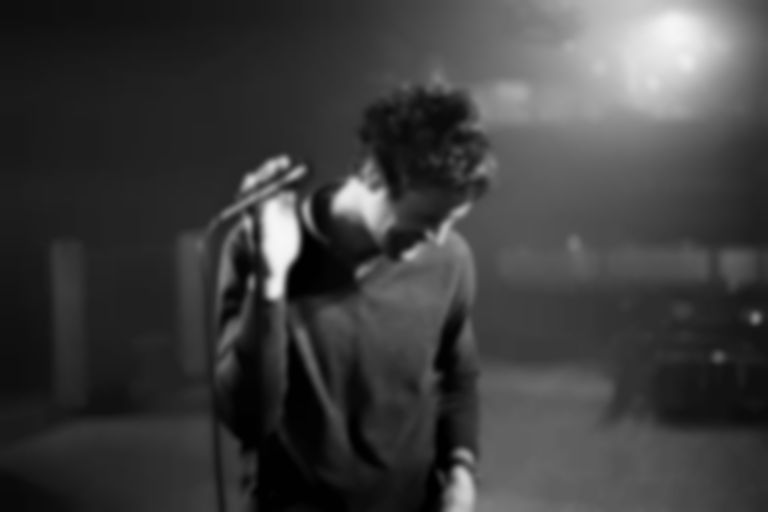 A flurry of tweets from Angelakos prompted speculation that he'd be stepping back from Passion Pit for the foreseeable future.

"Until it is safer and healthier for us to be advocates, to be a writers, producers, and performers, I simply cannot continue making music," Angelakos wrote in a series of messages. "I love Passion Pit and I love music even more. When something would be wrong, I'd try to ignore it. Then I'd almost die. Really... history loves to repeat itself and it's because of systems and their flaws. So, I decided to make solving this issue my priority for now."

Angelakos has been open about his struggles with Bipolar Disorder in the past.

In a new statement to Pitchfork, Angelakos has shed some light on the situation - and he's adamant that this isn't the end of Passion Pit.

"Contrary to the headlines, I am not really on hiatus. That might be a bit of a casual word to use in this scenario. I make music every day, it’s part of my life. I just played a show and I am about to officially release an album. The proceeds from the album are going entirely to psychiatric scientific research at The Stanley Center/Broad Institute. I was an artist before I was signed and working within this industry, and (as confusing as it may be to many people, myself included) I am continuing to be an artist with or without the industry.

"What I am actually doing - what I have said I am going to do - is all the work required in the development of The Wishart Group. It requires my full attention, which means taking time away from being a commercialized artist. It requires me to explain this because the idea that we can do several things at once and really create change, especially in the realm of mental health, is clearly not working. It’s just not enough, though I wish it were.

"I cannot continue to operate in this space, this industry, due to the way that it functions and treats people that work for it or create within it. It does nothing to promote the health required in order to produce the work it sells. The risks associated with being a commercialized artist and embarking on a typical album release, like endless promotion and touring, have nearly killed me. People often throw these words around casually as well, but when I say that these requirements have nearly killed me, have killed many people, and continue to kill people; I am not stating a fact. I am speaking from a very real and personal place. I live this, and I watch other artists struggle with the friction between their health and their art.

"I only have a certain amount of attention, so it should be used carefully. I started The Wishart Group and will be focusing full time on its developments. I will be advising other industries, and doing any work that is required at this current juncture until I have achieved certain goals and helped build a new system. We need better systems, systems that can actually contain and tend to workers, like artists who want to and have been contractually signed into deals to make music for people.

"I want to create more levels of security because I know that everything we are discussing today is truly about security - often, it is how much we are lacking it. Artists (just one example of a working class) have never been truly taken care of. It subtly or aggressively defies logic like so many other things, until suddenly someone presents something logical, perhaps in the form of a suggestion or solution. To connect artists and create a real community for them, to empower them, is to set an example for them and the myriad of other systems we care about. This is a priority; one of many priorities. We should prioritize work that can set an example.

"Music is a luxury. We are so lucky to have it. And if it is not a luxury, as people are telling me otherwise, saying it is absolutely essential to our culture, then I’d like to see systems in place that reflect this sentiment, not just financially. Protecting health is the first step in maintaining a culture’s artistic output. The music won’t go away and will only improve when there is health and we must stop believing that we must suffer for art - life is hard enough and we all know it.

"Tremendous Sea Of Love is being released this week, along with the official foundation of several first steps in achieving the goals of The Wishart Group - goals that should speak to many people, not just artists. Gossamer (Reduced), a stripped-down remixing of Gossamer, will also be released in the near future, as well as the reissuing of my first EP and two full-length records on vinyl.

"Passion Pit isn’t on hiatus, it’s just evolving, like anyone and everything else. On its fifth birthday, the message behind Gossamer would remain lost if I were not to act on all that I’ve been speaking about since releasing that record. I think it’s important to show people that if we think something can be fixed, then it’s worth at least the attempt to fix it. Rather than talking about it endlessly, which will just reify the feeling we feel day-in and day-out - that it won’t change or that it’s only going to get worse. I certainly understand the feeling, I’ve felt it frequently these past few months, but, no, we’re not doing enough. There’s more that I can do, so I’m going to do it."

Whatever you're going through, The Samaritans are there to talk any time you like, in your own way - about whatever’s getting to you. Call 116 123. It's free to call and there's someone there 24 hours a day, 365 days a year.