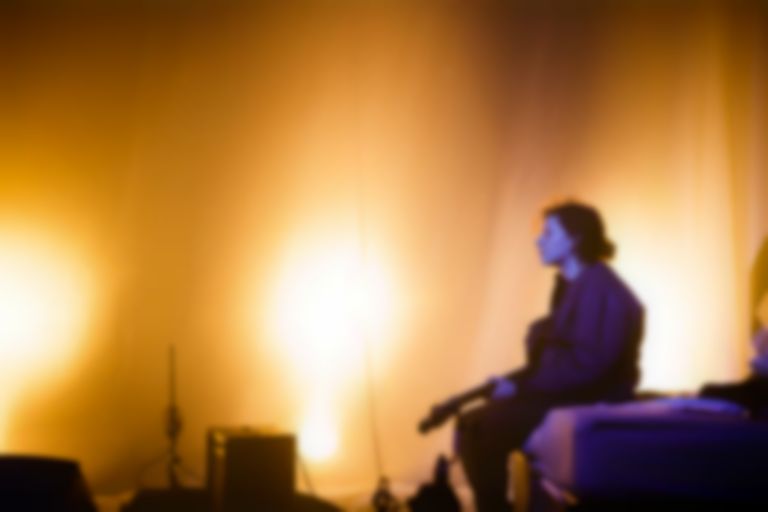 Mica Levi has shared more details of her forthcoming soundtrack for new film Monos, as well as sharing the title-track "Monos".

Monos is directed by Alejandro Landes. The IMDB synopsis reads, "On a faraway mountaintop, eight kids with guns watch over a hostage and a conscripted milk cow."

Mica Levi is scoring the new film, and has shared the title-track "Monos".

According to Pitchfork, Mica Levi said in a statement, "I really like all the characters—the Jungle, the mountains and the waves. In the score, I didn’t use a lot of stuff partly I think because they didn’t have a lot of stuff. Maybe the score is a bit like the clothes—a mix of materials and sizes, old clothes new clothes, the same clothes most days."

Levi adds, "I think the environmental sound carries the richness and complexity of the situation sound-wise. The film crew went to places no one has ever filmed or recorded sound in. Lena Esequenzis recreated these wild and expensive environments and with the director Alejandro Landes and music supervisor Bridget Samuels and eventually engineer Leandro de Loredo, we all worked to get a balance of sound and music to picture."

Director Landes added, "Mica connected with and understood the spirit of the film: the faces, the colors, the extremeness of the environment, the mash of costumes, the absence of a specific time, place or date. She’s classically trained but can be equally as inspired by pop or heavy metal; she can mix synthesizer-driven music with a quartet. All this brings a very particular sensibility, a mixing of instruments, that made for a distinct, emotional and atemporal sound."

Monos will be released in UK cinemas on 25 October. Mica Levi's soundtrack for the film arrives 30 August via Invada / Lakeshore.