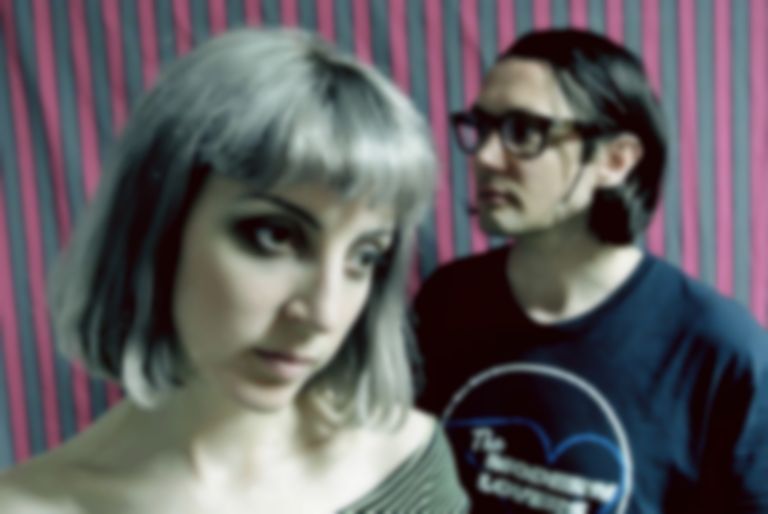 Lo-fi Leeds duo Menace Beach are back with news of their third album Black Rainbow Sound, and have shared the title track, featuring Brix Smith.

Their third album will feature collaborations with The Fall's Brix Smith. Menace Beach explained their collaboration in more detail, “The synchronicity of the universe just forced us and Brix together. The very day l finished reading her biography she played us on her BBC 6music show along with a wonderfully out-there monologue of how the song made her feel. I said thanks, we got chatting and it went from there. She’s a burning comet of positive energy."

With their new record set to take more of a synth-fuelled direction, Liza Violet of the Leeds duo explained her revelation, "There’s always been a bit of artistic push and pull between us on the balance of synth noise vs guitars noise and the guitars have previously always taken over, probably because we all know now how to make loud guitars sound really exciting in a room. But when we started writing this record I was feeling too much reality in the sound of a guitar and I really wanted to give something more this time. Once I had the sounds in my head I couldn’t really compromise."

Menace Beach embark on a UK tour in October, including a performance at London's Oslo on 25 October. Find out more tour details.

Black Rainbow Sound will feature 10 tracks, and is due to drop on 31 August via Memphis Industries. Find the tracklist below.